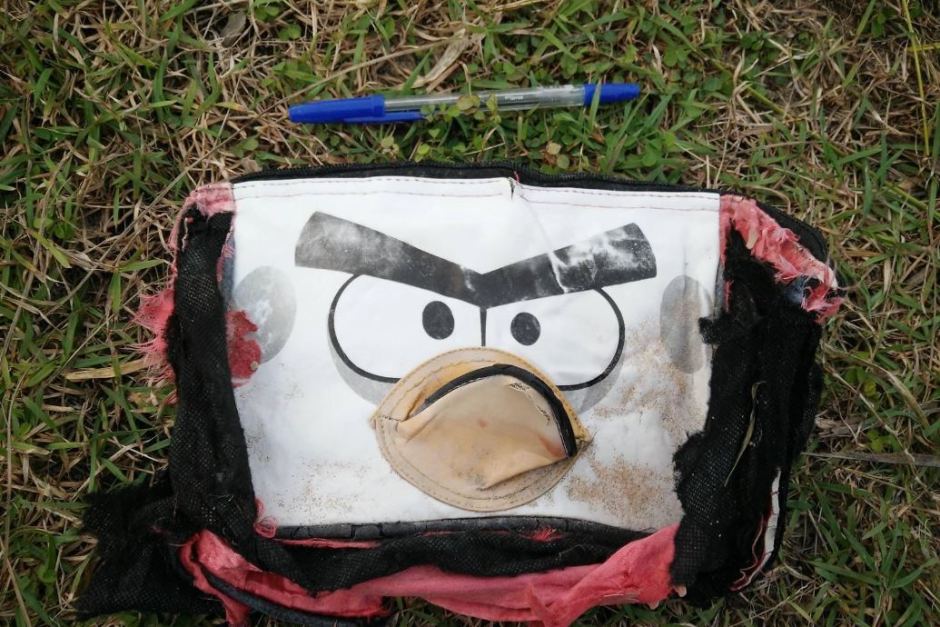 A support group for families of passengers on missing Malaysian Airlines flight MH370 have released photographs of possible personal items that washed up on a beach in Madagascar.

The Aircrash Support Group Australia (ASGA) said several items, including backpacks and a laptop case, were found by American lawyer Blaine Gibson on Riake beach, on the island of Nosy Boraha.

Earlier this year, Mr Gibson discovered more possible debris from the doomed aircraft while conducting his own search for the wreckage in the area.

But he said the personal items may not belong to passengers of MH370 and could have been from a ship.

So far there have been no labels linking the washed-up items to any of the 239 passengers.

ASGA said attempts were made to reach family members and invite them to view the pictures and check if there was a positive identification by any of them.

“To that endeavour, these pictures are now being made public and the items are being handed to the authorities for further action,” ASGA said on its website.

Senior aviation officials from Australia, Malaysia and China are meeting in Kuala Lumpur to discuss the future of the search operation for the missing flight.

Australia’s Transport Minister Darren Chester said the tripartite meeting of officials on Monday and Tuesday would pave the way for a final ministerial-level meeting after the July 2 federal election.

The three countries previously agreed that in the absence of credible new information, the search would be wound up once the 120,000 square kilometre zone in the southern Indian Ocean was scoured.

The Australian Transport Safety Bureau is the lead agency in the search for the Boeing 777 plane.

“We now expect the search will conclude in the next eight weeks,” Mr Chester said in an emailed statement.

“I remain hopeful of a successful outcome.”

The Malaysian Airlines flight disappeared with 239 passengers and crew on board, shortly after taking off from Kuala Lumpur two years ago.

French foreign minister hails defeat of Morrison and his ‘notorious incompetence’
Tiger Woods quits PGA tournament after the worst round of his career
COVID claims 45 more lives as nationwide daily cases soar to 18,000
Volodymyr Zelensky: How war will end as Ukraine ‘breaks backbone’ of Russian army
Peter Dutton touted as next Liberal leader as he claimed victory in Dickson
‘The urgency of the situation’: WHO steps in as monkeypox cases erupt around the world
15 kids drown in Russian lake
Today's Stories