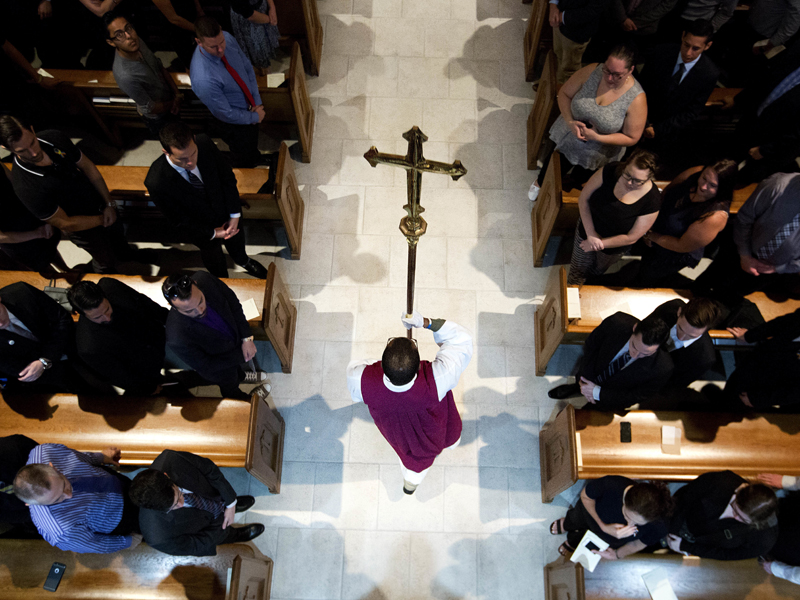 Funerals for two of the 49 victims killed in the shooting at a Florida gay nightclub were marked by tense scenes, as an impatient driver was accused of injuring two law enforcement officers.

Two Osceola County Sheriff’s deputies on motorcycles were injured at the funeral procession for Jean Carlos Mendez in Kissimmee, Florida, on Saturday, when a driver cut through the cortege and struck them with her car, according to a statement on the sheriff’s Facebook page.

The deputies were taken to the hospital, where both were in stable condition, said the sheriff’s spokeswoman Twis Lizasuain.

At the funeral of another victim, Christopher Leinonen, at a church close to the centre of Orlando, a handful of protesters from the Kansas-based anti-gay Westboro Baptist Church stood silently for about 45 minutes.

They were blocked from view of those attending the funeral by about 200 counter-protesters, some holding rainbow screens, who cheered when the Westboro members left.

Authorities are still investigating what motivated Omar Mateen to kill 49 people at the popular gay nightclub Pulse in the early hours of last Sunday, perpetrating the deadliest mass shooting in US history. Mateen was later killed in a shoot-out with police.

The shooting has sparked a new push for gun control legislation and Congress is expected to vote on proposals starting next week, including one on stopping people on terrorism watch lists from buying guns.

Democrats, including President Barack Obama, are framing gun restrictions as a national security issue after Mateen professed loyalty to Islamist militants. But authorities believe he was “self-radicalised” and acted without any direction from outside networks.

The number of people killed in lone wolf massacres is increasing, as is the number of incidents, in a violent trend that has national security experts worried.

On the surface the killing of British Labour MP Jo Cox by Tommy Mair, 52, was motivated by opposition to Britain remaining in the European Union, and the Orlando massacre by Mateen, either by homophobia or Islamic extremism. They appear to have little in common.

But experts say there are in fact a number of commonalities, with increasing numbers of ideologically motivated killings from lone wolves taking up arms against the state.

Associate Professor of Sociology at Victoria University Ramon Spaaij told The New Daily that rather than being members of groups, many of the recent killers had been inspired by them.

“Rather than clearly and solely being politically motivated, which is how we think about terrorism, it is a complex mix of political motivation and personal grievance,” he said.