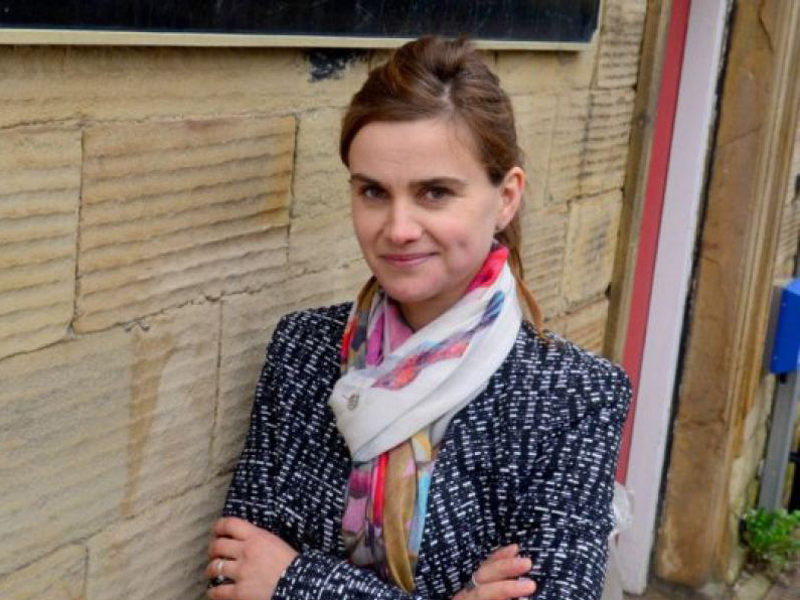 The man accused of shooting and stabbing British MP Jo Cox to death in a brutal street attack has ranted against “traitors” during a brief court appearance.

“Death to traitors, freedom for Britain,” 52-year-old Thomas Mair said when asked to give his name in Westminster Magistrates’ Court on Sunday.

Mr Mair, who was handcuffed and wearing a grey tracksuit, was reportedly silent when asked to provide his date of birth and address.

He was remanded in custody until his next appearance at London’s Old Bailey central criminal court on Monday and a psychiatric report has been requested.

He has been charged by police with murder, causing grievous bodily harm, and possession of a firearm and another offensive weapon.

The Telegraph (UK) reported over the weekend that Nazi regalia was found at Mr Mair’s home and that he visited the Birstall Wellbeing Centre in West Yorkshire the night before Jo Cox was attacked seeking treatment for depression.

Between 1999 and 2003, he bought books from US white supremacy group the National Alliance, according to receipts obtained by the Southern Poverty Law Centre.

Ms Cox was a member of the opposition Labour Party, a former aid worker and an advocate for refugee rights and immigration, and was campaigning for Britain to stay in the European Union.

She was fatally shot and stabbed on Market Street outside the Birstall library as she was arriving for a meeting with local residents.

A 77-year-old man who intervened to try to protect Ms Cox remains in hospital in a stable condition after suffering a serious injury to his abdomen.

Ms Cox is survived by her husband Brendan and their children Lejla, five, and Cuillin, three.

Although the motive is undetermined, some politicians and commentators have pointed to the heated referendum debate, where sensitive issues like national identity and immigration have featured prominently.

Days before her death, Ms Cox wrote an article passionately imploring voters to vote against leaving the EU.

“We cannot allow voters to fall for the spin that a vote to leave is the only way to deal with concerns about immigration,” she wrote for Politics Home.

“We can do far more to address both the level and impact of immigration while remaining in the EU. I very rarely agree with the Prime Minister but on this he’s right: we are stronger, safer and better off in.”

Britons will vote on EU membership on Thursday June 23.

The campaign to ‘Remain’, supported by both the ruling Conservative party and the Labour opposition, has received a boost in the polls after the shooting.

Writing in The Mail on Sunday, British chancellor of the exchequer George Osborne called for a “less divisive tone” and “less inflammatory rhetoric” in the final days before the poll.

Mourned by family and world leaders

Prime Minister David Cameron and Labour leader Jeremy Corbyn on Friday brought bouquets to a floral tribute near the scene of the attack in Birstall in Yorkshire.

Mr Cameron spoke out for “tolerance” and against “hatred” in British politics, saying the country was “rightly shocked” at the killing.

Ms Cox’s family also spoke out as they visited her memorial, saying the outpouring of support has made a difference.

“We want to say a most sincere and heartfelt thank you to everyone who’s expressed their love and affection for Jo. And sent their thoughts and sympathy to us,” her sister Kim Leadbeater said.

“We have to continue this strength and solidarity in the days, months and years to come as part of Jo’s legacy.”

“The President noted that the world is a better place because of her selfless service to others, and that there can be no justification for this heinous crime,” the White House said in a statement.

– with Jackson Stiles, ABC and AAP