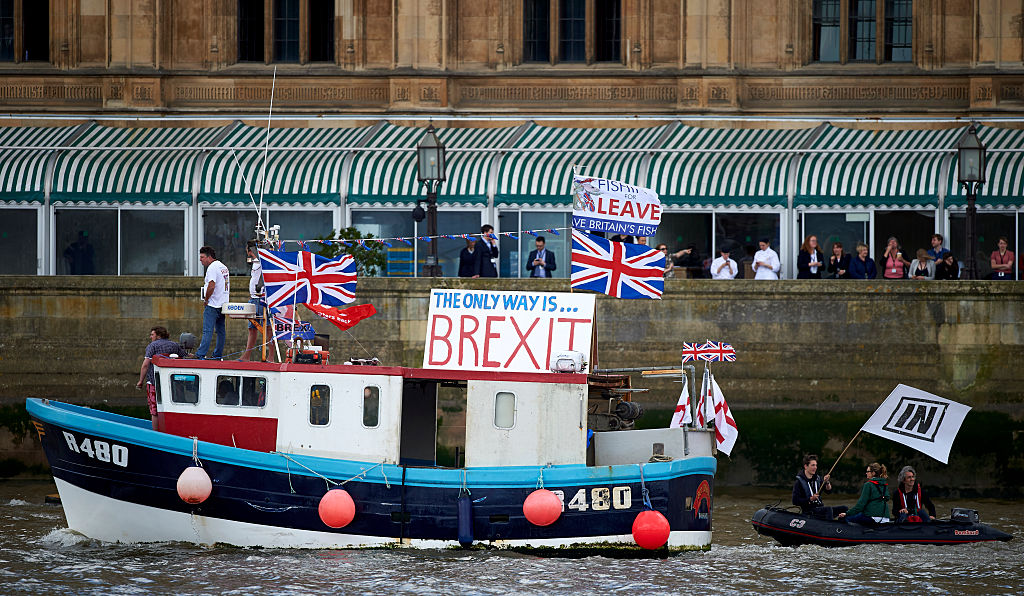 The ramifications of this week’s Brexit vote could be a lot worse than anyone thought.

For a long time, nobody believed Britain would ever choose to exit the European Union.

But with four days to go, the campaign to leave Europe is leading the polls, putting the world on the brink of a serious fracture.

• Emotion will beat logic if Britain leaves Europe
• Shorten wedges Turnbull on Medicare
• Gaslighting: what is it and are you a victim?

What happens if those proud Brits vote to quit on Thursday?

The consequences will come in three waves, all of which will crash on Australia’s shores.

First, global markets will panic. Shares will most likely crash around the world and the people who manage your superannuation will have a lot of very difficult decisions to make.

This process has begun already with traders starting to sell off assets that could be at risk.

Leaving the EU would raise questions about the UK economy – can it continue to export easily to Europe? Will it remain the globe’s biggest financial centre? And what will happen to foreign investment? British stocks have fallen four percent in the last two weeks.

In times of uncertainty, investors love safe assets like gold and US government bonds. Australian assets are not normally on the list and given our major trade relationship with the UK, a particularly strong sell-off in Australian assets is possible.

On a positive note, the Australian dollar is likely to drop if the Brexit camp wins, giving our exporters more chance to sell to the rest of the world.

Britain would spend two years negotiating any exit from the EU. Those discussions will determine the extent to which its departure hurts the world.

Can Britain do a Norway and have a sort of simulated EU, where it is not a member but has almost all the same rules?

Some experts think so. Others say the EU will be tough on Britain to discourage other countries leaving. The EU can make access to the markets of the continent difficult for Britain and so holds a lot of cards in any negotiation.

Also, the British leadership may not want the EU rules.

Many people think British Prime Minister David Cameron would quit if the Remain campaign – which he supports – fails. That would leave the door open for another PM, possibly former London Mayor Boris Johnson, who has prominently backed Leave.

Wave three – Can the centre hold?

If Britain quits it creates a precedent.

The EU has appeared to be hanging by a thread a few times in recent years. Greece was on the brink of leaving the common currency not long ago and its fundamental problems are not solved.

If Britain goes, people in Greece (and Portugal, Spain and Italy) will start asking why they can’t do the same. Markets hate uncertainty. The idea that the EU could splinter further will have them in a froth.

If that happens, expect a lower still Australian dollar and subdued stock markets, weaker trade with Europe, weak global growth and the RBA desperately trying to cut rates to stave off the risk of deflation.

Will it really happen?

Despite the ominous polls, betting markets are still confident Britain will remain in the EU. Betfair gives a Brexit a 27 per cent chance.

Referendums are rarely passed and people hate change. That was evident in 2014 when the Scots had the chance to vote for independence and instead opted to stick with Britain.

And yet the Leave campaign is leading the polls, narrowly. Many Brits had not made up their minds until recently, but as the undecided finally choose, they seem to be choosing Leave.

The Leave campaign is associated with a very populist brand of politics. It has the support of a mix of fringe types and firebrand conservatives, while most of the political establishment – including the Prime Minister and the leader of the Opposition – support the campaign to remain.

The rise of the Leave campaign is part of a global zeitgeist that includes Donald Trump’s popularity and the emergence of a group of far-right parties in Europe.

It’s very much in Australia’s interest if a Brexit never happens and the world remains safe and stable on its axis. We will know much more by Friday night Australian time.

Why the fallout from a Brexit storm could swamp us