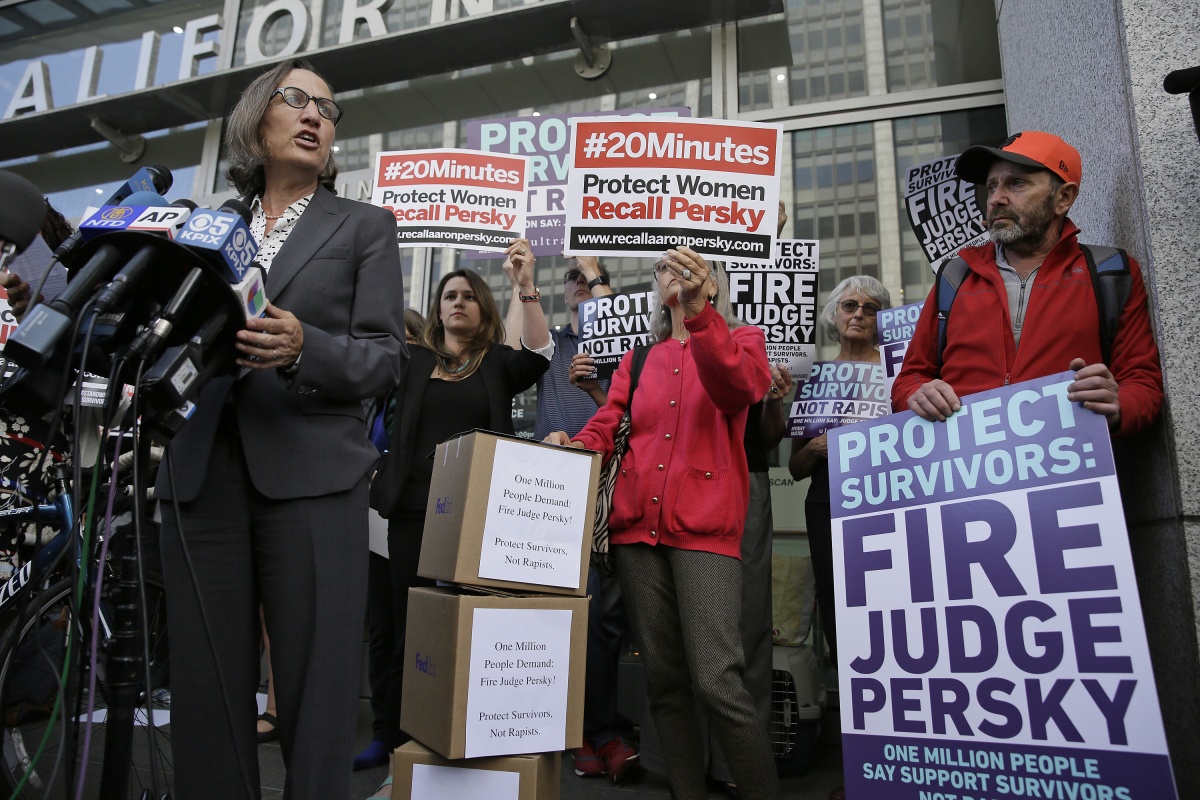 The California judge facing criticism over his sentencing of a former Stanford University swimmer convicted of sexual assault has been removed from a new sexual assault case after complaints by prosecutors.

“We lack confidence that Judge (Aaron) Persky can fairly participate in this upcoming hearing in which a male nurse sexually assaulted an anesthetised female patient,” Santa Clara County District Attorney Jeff Rosen said in a statement on Tuesday.

He called the move “rare and carefully considered.”

Rosen cited the six-month jail sentence Persky handed down to Brock Turner, 20, earlier this month following the former swimmer’s conviction for sexually assaulting an unconscious woman after a party in January 2015.

Turner was convicted of assault with intent to commit rape, penetration of an intoxicated and unconscious person.

Under California law, those charges are not considered rape because they did not involve penile penetration.

Stacey Capps, chief trial deputy for the District Attorney’s office, said the new case was reassigned to another judge and a hearing was held on Tuesday afternoon.

She said that the victim was “particularly vulnerable” factored into the move.

Capps said in the new case, Cecil Webb stands accused of touching the vagina and breast of a woman who was anesthetised ahead of surgery at a Santa Clara hospital in November 2014.

Webb pleaded not guilty and his lawyer could not be immediately reached for comment.

A juror in the Stanford University sexual assault case wrote to Judge Persky saying he was disappointed and “vehemently” disagreed with the June 2 sentence, according to the letter, which was posted online late on Monday by the Palo Alto Weekly newspaper.

“I expected that this case would serve as a very strong deterrent to on-campus assaults but with the ridiculously lenient sentence, I am afraid that it makes a mockery of the whole trial,” the juror wrote, concluding the letter with “shame on you”.

Persky is prohibited from commenting on the case because Turner is appealing his conviction, a spokesman for Santa Clara County Superior Court has said.

Turner’s sentencing drew criticism after the publication of a letter the victim read in court, detailing the devastation she felt from the assault.

A Stanford law professor is leading a drive to gather signatures for a petition to remove Persky.