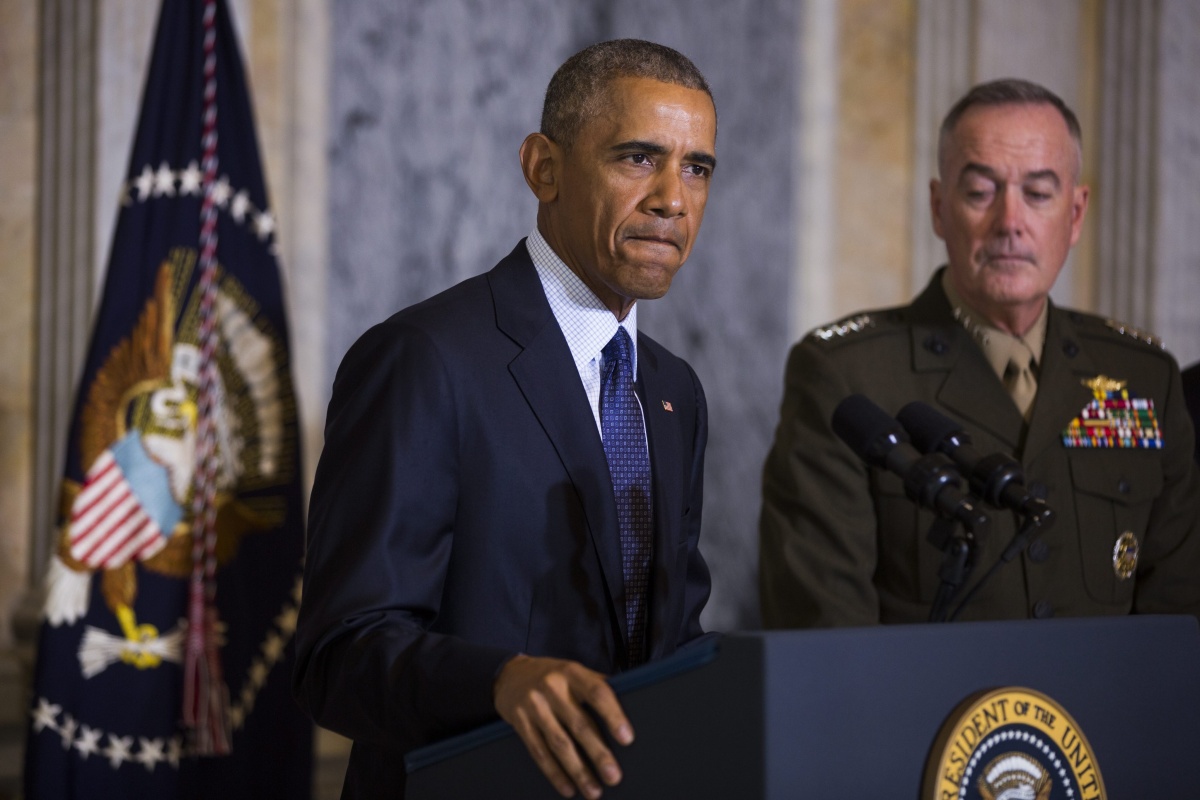 Clearly angered, Obama used a speech at the Treasury Department on Tuesday for an extraordinary rejection of Trump’s proposed suspension of immigration from countries with a “history of terrorism” in response to the Orlando, Florida, nightclub massacre.

The Democratic president, without mentioning Trump by name, dismissed the Republican’s criticism that Obama does not employ the term “radical Islamic terrorism” to describe Islamic State militancy.

Obama called it a political distraction.

“Someone seriously thinks we don’t know who we’re fighting?

“There’s no magic to the phrase radical Islam. It’s a political talking point.”

Clinton, speaking to supporters in Pittsburgh, said Trump’s proposal bolstered her case that Trump is temperamentally unfit to serve as president, saying the commander-in-chief “is a job that demands a calm, collected and dignified response” to events like the Orlando massacre early on Sunday.

She noted that Trump seemed to suggest in a television interview on Monday that Obama might have somehow been responsible for the deadliest mass shooting in modern US history, a point that Trump said he did not make.

“I have to ask: Will responsible Republican leaders stand up to their presumptive nominee or will they stand by his accusation about our president?” she said.

House Speaker Paul Ryan, the top US elected Republican, on Tuesday distanced himself from Trump’s proposed Muslim ban in a further sign of establishment unease with the Republican candidate’s agenda.