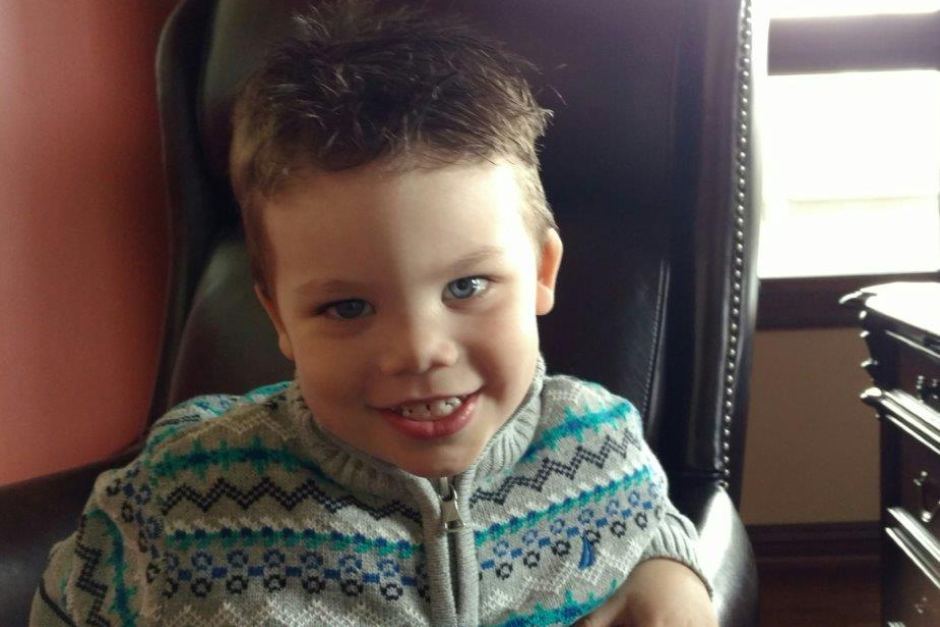 UPDATE: The body of a two-year-old boy snatched by an alligator at a Disney resort in Orlando, Florida, has been found.

Orange County Sheriff Jerry Demings confirmed at a press conference that the toddler’s body was found in the water at about 3.30pm, Florida time, after more than 15 hours of searching the lake.

He said the body was found “completely intact” near the attack site, leading authorities to believe the alligator may have drowned the boy.

His body will now be turned over to Orange County for autopsy.

The parents have been identified as Matt and Melissa Graves from Elk Horn, Nebraska.

Overnight it emerged that the Lane’s father desperately tried to rescue his son from the animal’s jaws.

Disney closed the resort indefinitely early on Thursday (AEST) and rounded up and killed four alligators.

The two-year-old had been playing just 30cm into the Seven Seas Lagoon at about 9.20pm Tuesday (local time) with his parents and four-year-old sibling nearby when the alligator emerged from water and latched onto him, Sheriff Jerry Demings said earlier.

The father unsuccessfully tried to wrestle the boy from the gator’s mouth, leaving him with minor arm injuries, according to the sheriff.

“There is a sandy beach area and the family was out simply relaxing … and in the water along the lake’s edge at the time the alligator attacked the child,” Sheriff Demings said.

“It’s my understanding the father was there nearby and the child was playing in the water, just a foot or so into the water, and the alligator came up.

“The father at some point struggled to try to get his son and was not successful and then alerted others to try and assist him in the process.”

Nine hours later, at 6am Orlando time, officials held a press conference to announce the child had still not been found.

But they held a press conference in the afternoon (local time) to confirm they had found the body.

Sheriff Demings had said the alligator was described by witnesses as between four and seven feet long (1.2 to 2.1 metres).

Marine units on boats, a helicopter and sonar equipment searched the area, while an alligator trap was set and a dive team was on standby.

“We want to hope for the best in these circumstances, but based upon my 35 years of law enforcement experience, we know we have some challenges ahead,” Sheriff Demings had said.

“The sad reality of it is it’s been several hours and we’re not likely going to recover a live body,” he said.

Chad Weber from the Florida Fish and Wildlife Conservation Commission said they were working with police and “putting every effort forward … we’ll be here with them until there’s resolution”.

“We’re doing our best to deal with all the situations that we have going on here, but our staff is very resilient and tonight they’re very focused on assisting this family.”

Mr Weber said this was the youngest victim of an alligator attack his agency had seen.

A Disney spokeswoman said: “Everyone here at Walt Disney World is devastated by this tragic accident.

“Our thoughts are with the family and helping law enforcement.”

There were reportedly “No swimming” signs at the lagoon.

Orlando is already reeling from the Pulse nightclub shooting on Sunday and the brutal murder of former The Voice starlet Christina Grimmie the day before.

Disease concern for survivors of Afghanistan earthquake
Steve Smith confirmed as starter for first Test against Sri Lanka
Matildas will be keen to forget 7-0 drubbing by Spain
Upcoming stats will reveal where and how hard rates are hitting economy
Victorian MPs pocket a tidy 2.75 per cent pay raise
Reserve Bank review isn’t a ‘get the governor’ exercise: Jim Chalmers
Pistorius walks on stumps in court appearance
Today's Stories

Body of toddler taken by alligator has been found