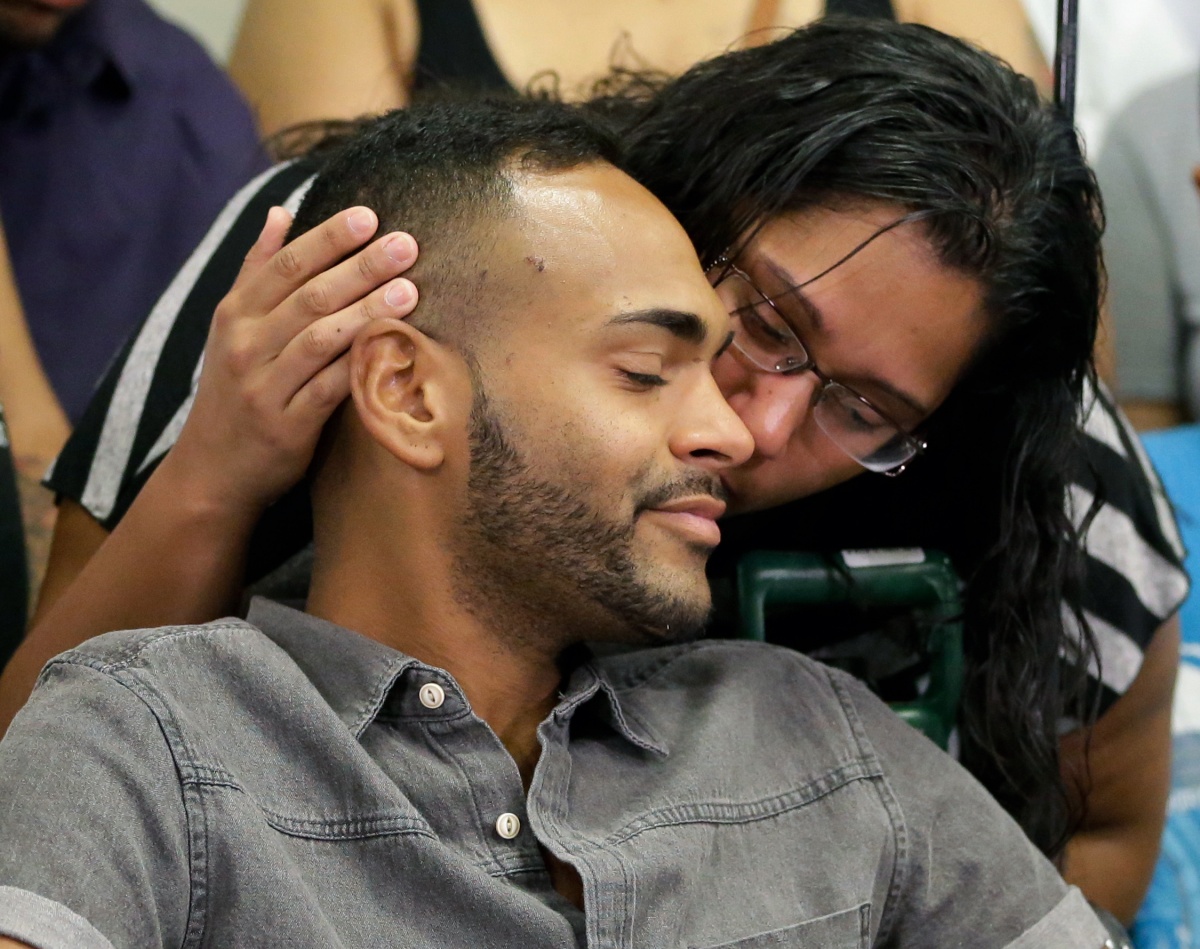 The accounts of survivors of the Orlando Pulse club massacre are now emerging, with one man describing how he lay on the floor and played dead as gunman Omar Mateen shot him three times.

At a press conference in Orlando overnight, Angel Colon described how he pretended to be dead while Omar Mateen fired relentlessly at people on the floor, repeatedly shooting clubbers who already appeared dead.

Mr Colon, who was shot in the leg, hand, and hip, told reporters he remembered thinking: “I’m next, I’m dead”, as Mateen fired towards his head but missed.

He said Mateen had shot dead a girl lying next to him, and was calm throughout as he shot person after person in different rooms in the club.

“This person had to be heartless, ruthless,” he said. “I don’t know how he could do something like this.”

Six people remain in critical condition after the attack at the Pulse gay night club, with surgeons saying the death toll of 49 could still rise.

Jeannette McCoy was another who has lived to tell the tale. Ms McCoy told The Washington Post was hit by debris. She was facing away from the entrance where Mateen entered the club, and began firing his weapons.

Ms McCoy said bullets whizzed past her, she crouched and tried to turn around and was able to witness the carnage.

“I’m seeing people getting hit, being killed in front of me,” she told the Post. “I see the barrel, I see the gun, and you’re seeing the flicker of the bullets coming out.”

Mateen, she said, was silent and methodical, as people stumbled and fell all around her, screaming cutting through the gunfire.

“He didn’t say anything. He was just shooting. . . . He came in with the intent of evil,” she said. “It was him trying to kill every single person in that club.

“Nobody was being spared,” she said.

Mateen, who was killed by police, pledged allegiance to so-called Islamic State (IS) shortly before the attack, authorities say.

The attack, in which 53 were wounded, is the worst mass shooting in recent US history.

Meanwhile, several witnesses have confirmed that Mateen had visited the Pulse club as a guest several times over the past three years and mixed with other club-goers on gay dating apps.