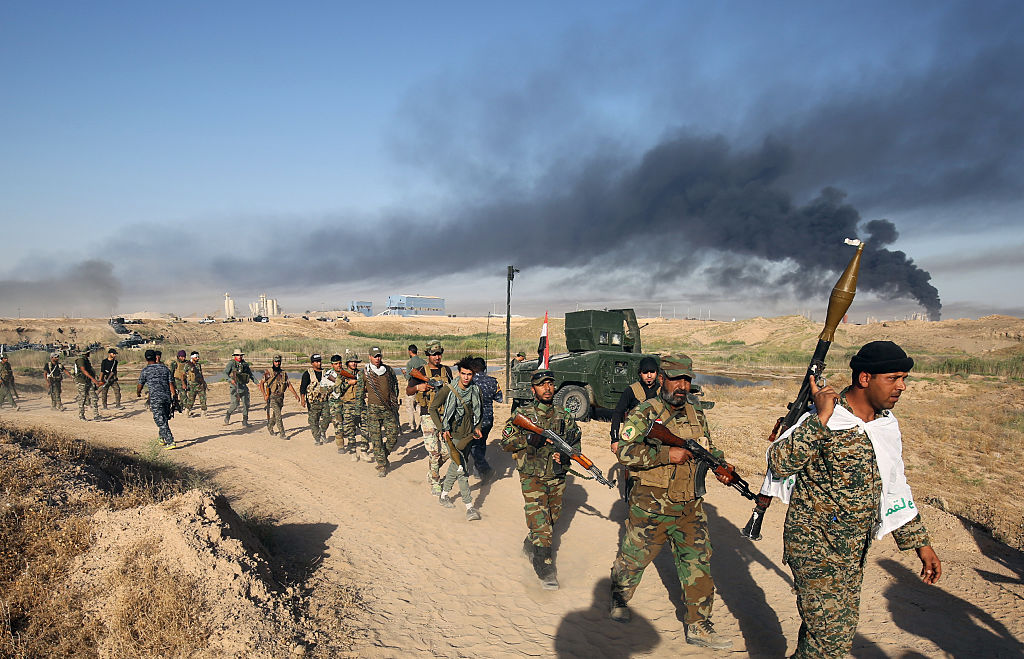 The Norwegian Refugee Council (NRC) said thousands of people had already used it to flee in the first day it was open.

Iraq has launched a major operation to recapture Fallujah – an Islamic State bastion just an hour’s drive from Baghdad – but the United Nations fears for the fate of up to 90,000 civilians believed trapped inside with little food or water.

“There were exit routes previously, but this is the first to be completely secured and it’s relatively safe,” said Rasool.

About 4000 people had fled the city over the past 24 hours through the al-Salam Junction, said Karl Schembri, a spokesman in Iraq for the NRC, which has been assisting people who escape the city.

“We expect thousands more to be able to leave in the coming days,” he said.

The al-Salam Junction route was secured after troops dislodged insurgents from districts located on the western bank of the Euphrates river, opposite Fallujah’s city centre on the east bank, said Rasool.

He did not give a number for the civilians who were able to flee so far using it.

More than 20,000 people have managed to flee the city and its surrounding area since the Iraqi army began the offensive on May 23, the United Nations said on June 8.

But the lack of secure routes made their escape extremely difficult and dangerous.

At least a dozen people were reported to have drowned while crossing the Euphrates.

Those who managed to reach government-held lines said they walked for days to avoid sniper fire and explosive devices planted by Islamic State insurgents along roads to delay the army’s advance.

A government official said the militants were putting up a tough fight defending the city, long an insurgent bastion where US forces fought the heaviest battles of their own 2003-2011 occupation.

Prime Minister Haider al-Abadi says the troops are progressing cautiously in order to protect the civilians.

The army is receiving air support from the US-led coalition and ground support from Iranian-backed Shi’ite militias and Sunni tribal fighters.

The Shi’ite militias have deployed behind the army’s lines and did not take part directly in the assault on the city to avoid inflaming sectarian feelings.

The assault on Fallujah is taking place at the same time as advances by US-backed fighters and Russian-backed Syrian government forces in Syria, at the opposite end of Islamic State’s self-declared caliphate.