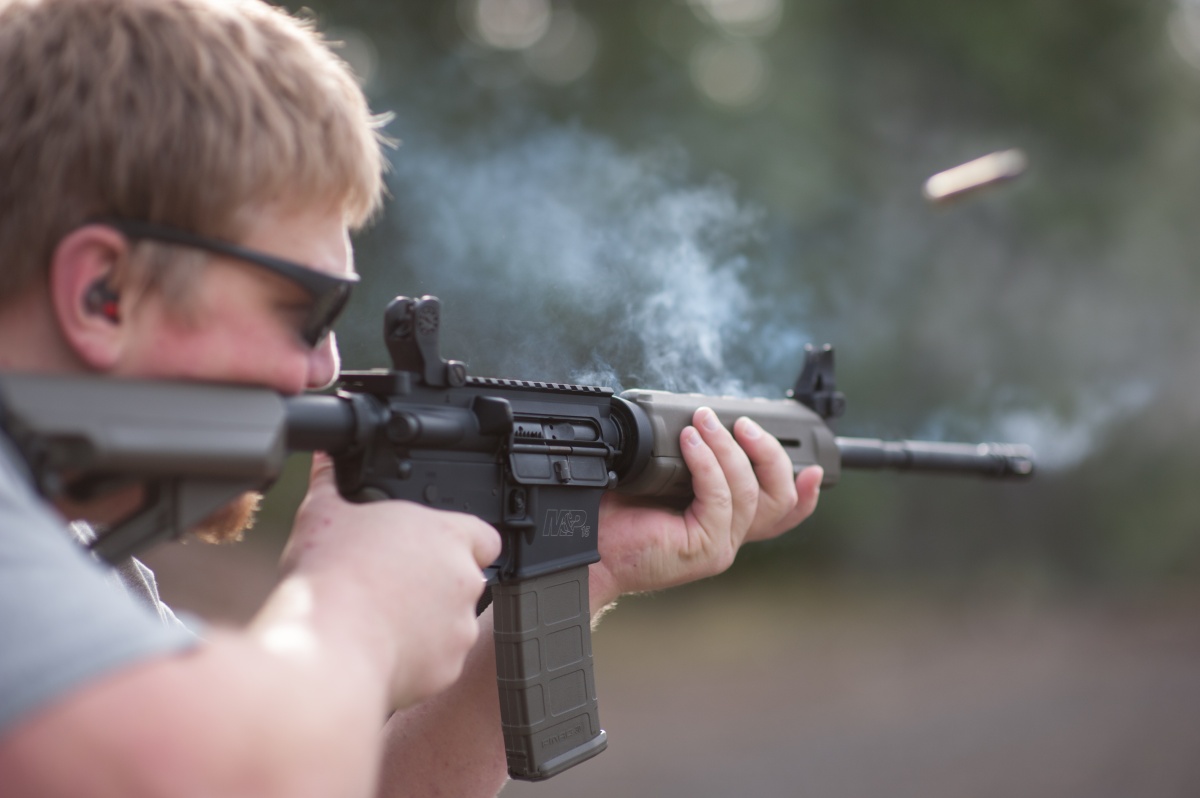 Despite once being on a terrorist watch list and twice investigated by the FBI for terror links, Omar Mateen legally purchased the two guns he used to kill 49 people and injure 53 more at an Orlando nightclub on Sunday (AEST).

Local and federal police said Mateen used an AR-15 style rifle and a 9mm handgun to carry out the worst massacre in United States history.

As the US mourned Sunday’s tragedy at the Pulse nightclub in Orlando, Florida, debate raged about the use of the AR-15 in recent massacres.

The AR-15 rifle used in the Orlando massacre is capable of firing many rounds of ammunition in a short period of time and with high accuracy. It was originally made by Colt, but the name is now used to describe weapons by other brands with similar specifications.

After the use of an AR-15 in a mass shooting last year, gun advocate Justin Peters judged the gun to be poor for hunting and home invasion self-defence — the two arguments used by the National Rifle Association to defend their use.

“In terms of repelling a home invasion … an AR-15-style rifle is probably less useful than a handgun,” Mr Peters wrote for Slate.

“The AR-15 is a long gun, and can be tough to manoeuvre in tight quarters. When you shoot it, it’ll over-penetrate – sending bullets through the walls of your house and possibly into the walls of your neighbour’s house – unless you purchase the sort of ammunition that fragments on impact.”

Semi-automatic style rifles, like the AR-15, were used in some of the US’s most recent high-profile and devastating mass shootings, including San Bernardino in December 2015 (14 dead, 20 wounded); the Aurora cinema massacre in 2012 (12 dead, 58 wounded); and the Sandy Hook primary school massacre in 2012 (28 dead, two wounded).

Semi-automatic style rifles were used in seven of eight high-profile mass shootings in the US since July 2015, gun violence database Mother Jones reported.

Semi-automatic pistols – like the one used in Orlando (a 9mm handgun) – automatically reload for the next shot.

The energy from a fired cartridge is recycled through the firearm so the next available bullet can be loaded.

The US system of background checking for people wishing to buy firearms is administered under the National Instant Criminal Background Check System (NICBCS).

It can reject a gun purchase to those with a criminal record, mental health problems, drug use and immigration status.

But there are holes in the system, The Trace reported, including that some states or municipalities are not compelled to hand over medical or criminal records and that the bar for mental health rejection is high.

US President Barack Obama has repeatedly tried to make this system stronger but has been blocked by a hostile Senate.

The NRA – the US’s most powerful gun lobby – is yet to comment on the massacre.

Potentially legally in Australia, too

In Australia it possible for people to legally acquire an AR-15 style rifle and a 9mm handgun, however there are extremely stringent restrictions on who can do so.

AR-15 style rifles are restricted to government agencies, occupational shooters and primary producers in some states.

9mm pistols can be owned by sports target shooters and security guards.

To store both of these types of guns in Australia, their lockable containers must be bolted to the floor unless of a certain weight. Ammunition must be stored separately.

The AR-15 rifle’s bloody history in the USA