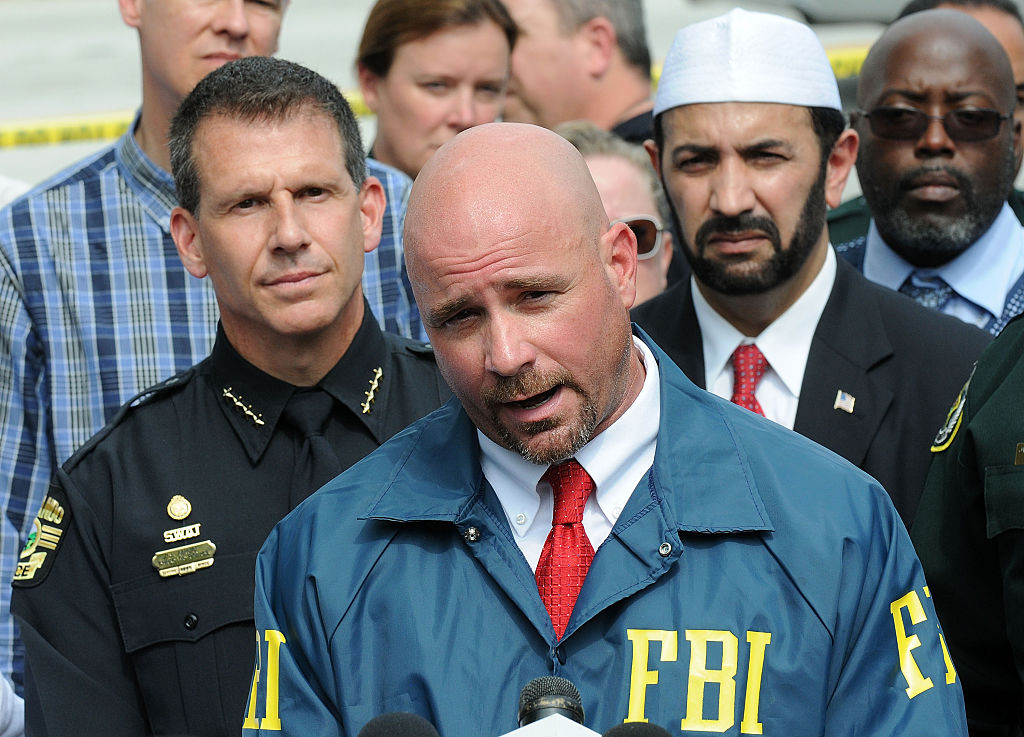 The shooter behind the worst mass shooter in United States history, Omar Mateen, was twice interviewed by the FBI and bought several guns within the days leading up to the massacre, according to an FBI spokesman

The FBI spokesman said Mateen had been investigated in 2013 after being alerted by colleagues about inflammatory comments, alleging possible terrorist ties.

The FBI interviewed Mateen again in 2014 about a potential connection he may have had with American suicide bomber Moner Abu Salha.

“We determined that contact was minimal and didn’t to constitute a substantive relationship or threat at that that time,” FBI spokesman Ron Hopper told a press conference in Orlando.

“The FBI thoroughly investigated the matter including interviews of witnesses, physical surveillance and records checks.

“In the course of the investigation, Mateen was interviewed twice.

“Ultimately we were unable to verify the substance of his comments, and the investigation was closed.”

In addition, the Bureau of Alcohol, Tobacco and Firearms confirmed that Mateen purchased two weapons legally within the last week

“He is not a prohibitive person so he can legally walk into a gun dealership,” a representative from the ATF said. “He did so within the last week or so.”

Mateen shot more than 100 people and injured 53 others with an AR-15 assault rifle and handgun on the dance floor at Pulse night club early Sunday morning (Florida time).

An FBI spokesman said at a press conference later in the day that Mateen purchased multiple guns in the past few days.

The spokesman said that the investigations by the FBI were closed and that’s why the 29-year-old gunman was able to purchase the weapons.