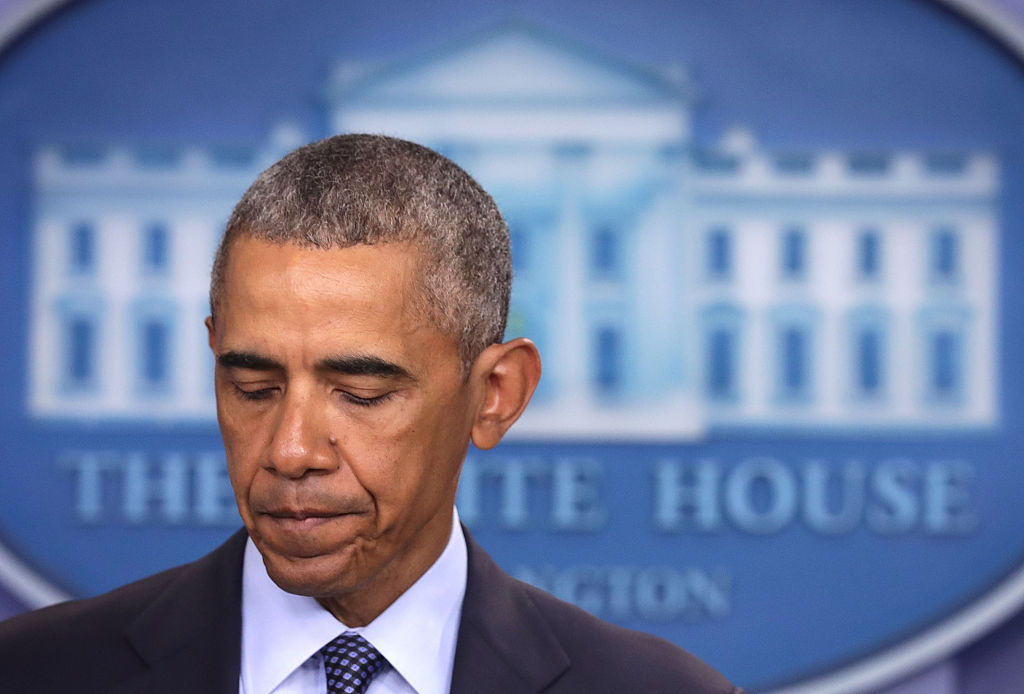 President Barack Obama has decried the deadliest mass shooting in American history as an “act of terror” and an “act of hate” targeting a place of “solidarity and empowerment” for gays and lesbians.

He urged Americans to decide whether this is the kind of “country we want to be.”

Speaking hours after the shooting at a nightclub in Orlando, Obama said on Sunday that the FBI would investigate the shooting as terrorism but that the alleged shooter’s motivations were unclear.

He said the US “must spare no effort” to determine whether the suspect, identified by authorities as Omar Mateen, had any ties to extremist groups.

“What is clear is he was a person filled with hatred,” Obama said of the alleged shooter.

He said this was “an especially heartbreaking day” for the lesbian, gay, bisexual and transgender community, and a sobering reminder that an attack on any American is an attack on all, regardless of their race, religion, ethnicity or sexual orientation.

“The shooter targeted a night club where people came together to be with friends to dance and to sing – to live,” Obama said.

“The place where they were attacked is more than a night club. It was a place of solidarity and empowerment, where people have come together to raise awareness, to speak their minds and to advocate for their civil rights.”

For Obama, the hastily arranged remarks were the latest in what’s become a tragically familiar routine.

Since he took office in 2009, Obama has appeared before cameras more than a dozen times following mass shootings and issued written statements after many others.

The massacres have brought him to places like Newtown, Connecticut; Tucson, Arizona; and Charleston, South Carolina, to offer condolences and implore the nation to finally get serious about stemming gun violence.

After a gunman in Newtown killed 20 first graders and six adults in 2012, Obama dedicated much of the start of his second term to pushing legislation to expand background checks, ban certain assault-style weapons and cap the size of ammunition clips.

That measure collapsed in the Senate, and since then, the political makeup of Congress have made new gun laws appear out of reach.

Still, Obama has sought to take incremental steps using his own authority to tighten rules for obtaining a gun.

Obama also signed a proclamation on Sunday ordering flags to be flown at half-mast until sunset on Thursday in honour of the victims.

Is this the kind of “country we want to be”: Obama