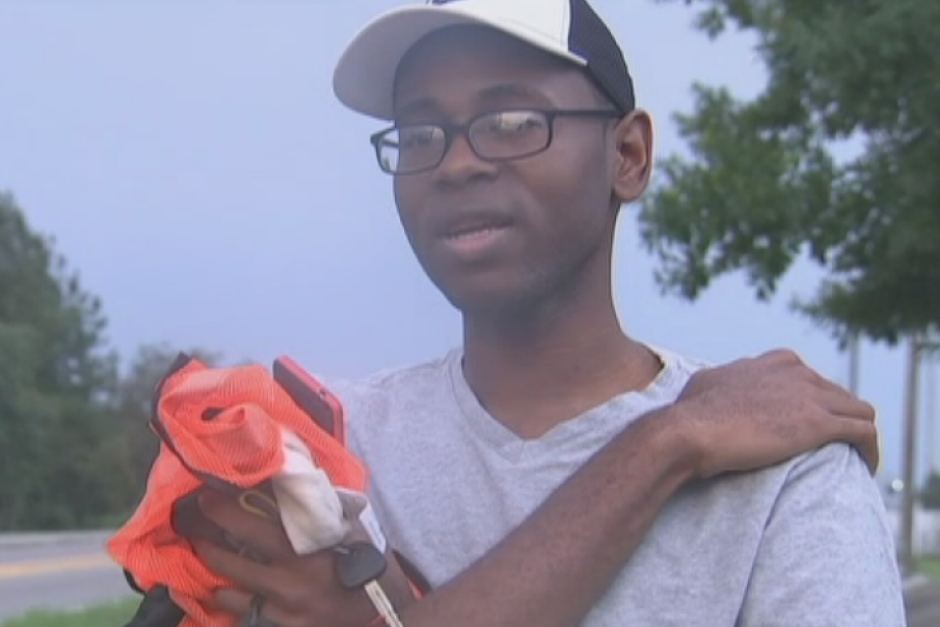 Chris Jean was enjoying a night out with friends at Orlando’s Pulse nightclub when the shooting started. His quick thinking probably saved his life and that of his two friends.

“Three gunshots just started going off out of nowhere so I ducked, that was my first reaction,” Mr Jean told the ABC’s 7.30.

“Then I opened the door and I made sure there was no one outside waiting for us so they could shoot us.

“I grabbed one of my best friend’s hands and I tried to grab the other one also but he was so traumatised he just kept standing around. Then I opened the door, that’s when I started running, but I made sure the door was wide open for others.

“Everybody was just laying on the floor, trying to duck. Some people ran to the bathroom also but for me, my first reaction was to just open the door and then just to run out.”

Mr Jean ran to his car, which was parked outside the club.

“I saw one wounded person coming out running. I was calling him to say come inside my car, because there’s a hospital next to the club, but he was so scared he just kept on running – he was terrified.

Jamie Leon is trying to find his cousin, Danni Wilson, who was at the nightclub with his long-term partner, Jean Mendez, and friends.

“Danni is a great guy, a funny, generous type of person.

“People don’t go to a club to end up like this.”

Mr Leon is enduring an agonising wait to find out from authorities what happened.

“They all have wallets, have some kind of ID, and the bodies are there. I understand there is ongoing investigation, what I can’t understand is why you cannot have the truth.”

Shannon Power, a journalist at Australian LGBTI news organisation Star Observer, knew one of those killed.

“My understanding is he was shot in the back as he tried to usher his boyfriend to safety. What that tells me is he was more concerned for other people’s safety and wellbeing first and, in my opinion, has died a hero.

“He was an absolutely amazing advocate for the community in the United States, particularly in Florida, which wasn’t as progressive as other states.

“It’s a huge loss, not just for the Floridian and US LGBTI communities, but around the world.”