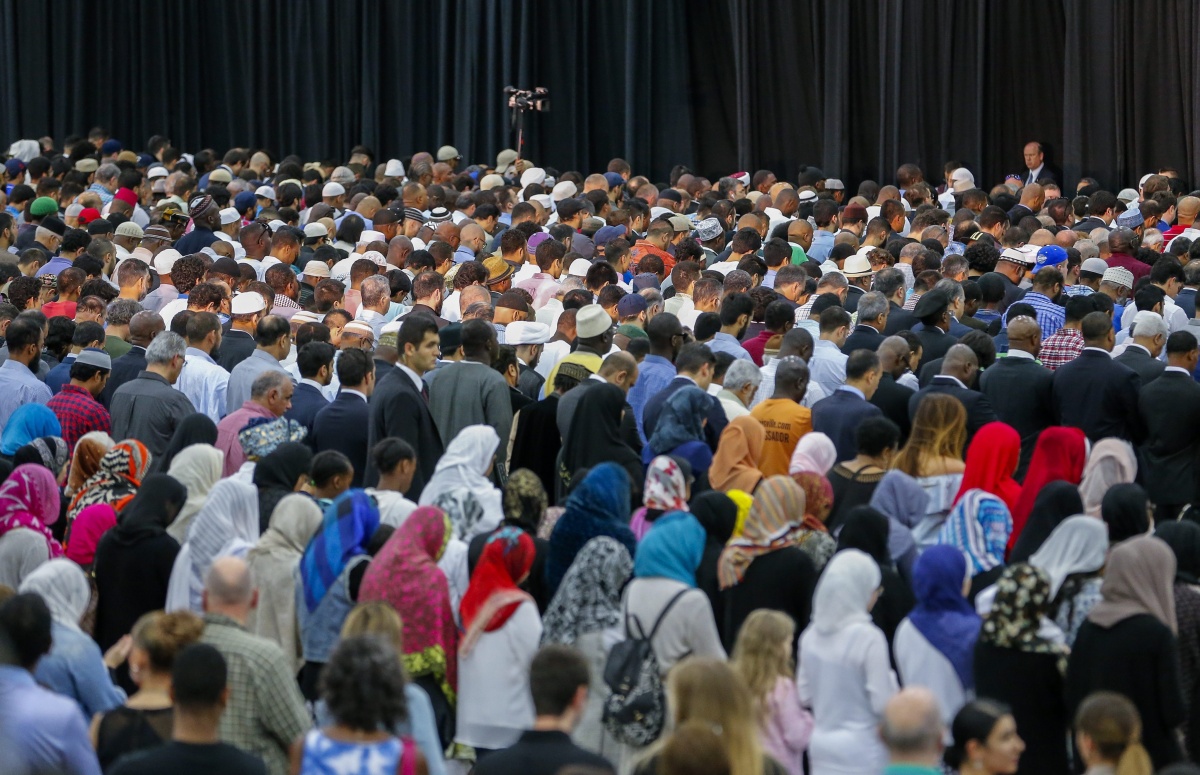 A Muslim funeral for Muhammad Ali has drawn thousands of admirers to the boxer’s hometown, where mourners prayed over the body of a man who battled in the ring and sought peace outside it.

The jenazah, or funeral in Arabic, was held on Thursday at a convention space in Freedom Hall, the complex where the former heavyweight world champion defeated Willi Besmanoff in 1961 in his last fight in Louisville.

An estimated 14,000 people attended the service, where speakers repeatedly referred to Ali as “the people’s champion.”

“The passing of Muhammad Ali has made us all feel a little more alone in the world,” said Sherman Jackson, a Muslim scholar at the University of Southern California. He praised Ali for advancing the cause of black Americans during and after the civil rights movement of the 1960s.

“Something solid, something big beautiful and life-affirming has left this world,” he said of a man who was forced to give up more than three years of his boxing prime for his refusal to serve in the US military during the Vietnam War.

Ali, known for his boxing prowess, showmanship, political activism and devotion to humanitarian causes, died on Friday of septic shock in an Arizona hospital. He was 74.

Imam Zaid Shakir, a founder of Muslim liberal arts school Zaytuna College in Berkeley, California, led worshippers in prayers such as “Allahu akbar” (“God is greatest”) over Ali’s body, which lay in a casket covered with a black and gold cloth.

Ali and his family planned his funeral for 10 years, making sure it would honour his Muslim faith while also adapting to the demands of Western media-driven culture.

A final goodbye for Ali will take place on Friday, when thousands will gather for an interfaith service at the KFC Yum Centre.

Ali’s braggadocio, even before he changed his name from Cassius Clay, startled white America. He further shocked

Americans after he joined the Nation of Islam and adopted an Islamic name in 1964.