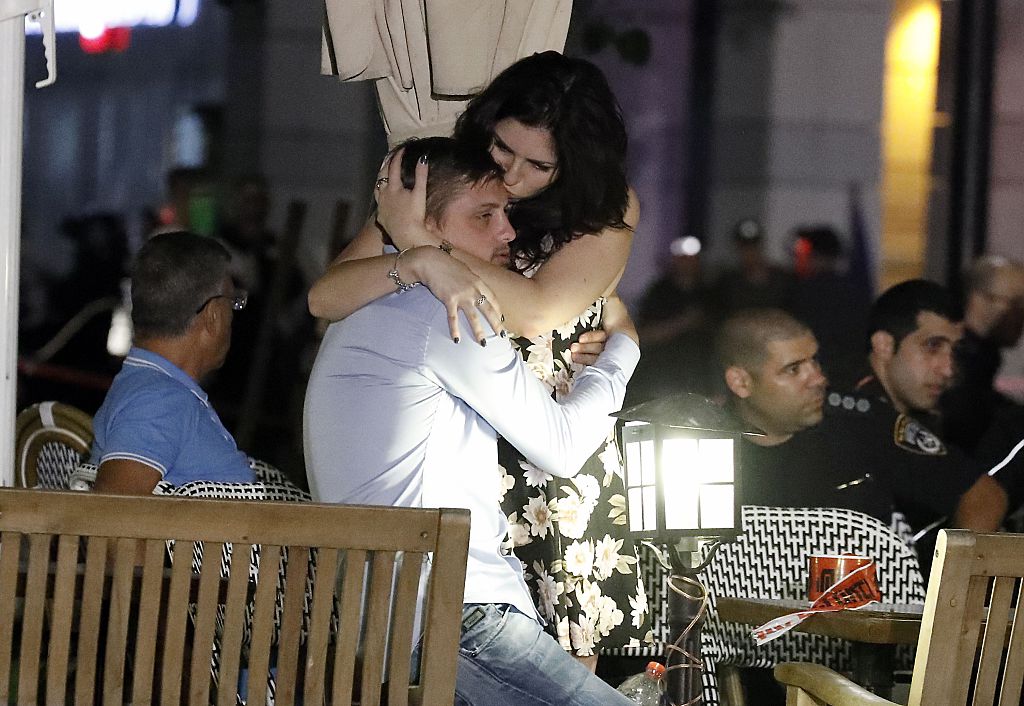 Two gunmen have opened fire in a bustling shopping and restaurant precinct in central Tel Aviv, killing four people and wounding five others before being shot.

Three others of the five wounded victims also had life-threatening gunshot wounds, but doctors managed to stabilise them, he said.

One of the shooters was shot by police and was also being treated in the same hospital, while the second shooter was overpowered without being wounded and being interrogated, police spokeswoman Luba Samri said.

The two were Palestinians from the southern West Bank town of Yatta, she confirmed, adding they were cousins.

Ismail Haniya, the Gaza-based leader of the radical Islamist Hamas movement, retweeted a picture of what appeared to be the shooter who was shot, with the caption: “One of the heroes of the Tel Aviv operation.”

The violence erupted on a warm Wednesday evening in Tel Aviv’s Sarona area that features outdoor entertainment, cafes and pedestrian areas, immediately next to the Israel defence ministry.

Witnesses said the two gunmen, dressed in dark clothing and appearing to be regular customers, sat down in Sarona’s Max Brenner cafe and ordered food. But they then pulled guns out of their bags and began shooting, first inside, then outside.

Footage from a surveillance camera showed people rushing in panic into another cafe.

Other footage aired on Israel’s Channel 2 television showed a policeman firing at one of the two shooters as bystanders screamed.

Israeli Prime Minister Benjamin Netanyahu, shortly after returning to Tel Aviv from a three-day trip to Moscow, held urgent consultations at the defence ministry just opposite the site where the shooting took place.

“No terrorism will bring us down,” he said.

The shooting happened days after more than 35,000 foreign tourists flocked to Tel Aviv for the city’s annual gay parade Friday.

Israel and the Palestinian areas have suffered a wave of violence since October, including dozens of knife attacks launched by Palestinians protesting the ongoing occupation and perceived Israeli violations – denied by Israel – at a disputed Jerusalem holy site.

About 200 Palestinians have been killed during that time.

The violence however had appeared to have calmed down in recent weeks.