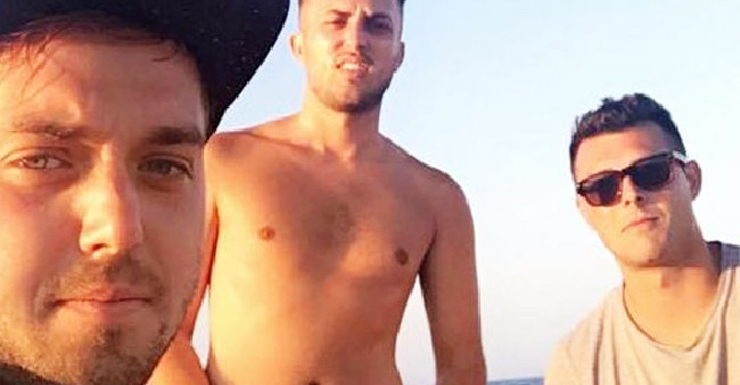 News sites around the world were scrambling for their delete buttons early Thursday after falling for an unbelievable “real-life Hangover” story told by three British backpackers.

In what seemed like every tourist’s worst nightmare and every editor’s dream, news outlets jumped on the story of three young men who embarked on a dolphin-watching trip after a wild night partying, only to find themselves on the wrong boat heading to war-torn Syria and into the hands of the Russian military.

Trouble was, the story that at first glance appeared too good to be true, turned out to be exactly that when the three men admitted their misadventure was a hoax.

Lewis Ellis, 25, who earlier claimed he ended up in Syria with Alex McCormick, 19, and James Wallman, 23, took to social media late on Wednesday night to reveal the prank.

After first telling their story to British website The LAD Bible earlier this week, the men – who have been working in various bars and clubs on the Mediterranean island of Cyprus – were soon fielding interview requests from around the world, including Australia.

Australia’s news.com.au joined British tabloids The Daily Mirror, The Daily Star and Daily Express in embracing the story, as websites around the world faithfully reported the men’s carefully concocted yarn.

“The last club closed at 7.30am so we just powered through to our 9am boat trip and ended up blagging our way onto the wrong boat,” Ellis told the Mirror.

McCormick added: “We were panicking and saying to these guys, ‘You need to turn around’.”

In a subsequent series of expletive-laden interviews, the men recounted an amazing story that saw the trio land at the Syrian port of Tartus, 75 kilometres from the battle-scarred city of Homs, and then interrogated by the Russian military.

“It’s the most f****ing ridiculous story, isn’t it?” Ellis told news.com.au before his admission. “We went to watch f****ing dolphins and we ended up in f****ing Syria.”

In hindsight it was pretty ridiculous.

According to the original story, the men were told to stay on the boat after arrival in Syria, before being driven to a Russian military base.

They claimed they still had no idea where they were until one of them was able to post on Facebook and the app revealed their location.

“Eventually we found a [Russian] translator and when we told him he just fell about laughing,” McCormick said. “We hung round in their quarters and they took pictures of us before we could get the boat back.”

As it turns out, the wrong boat hoax is not Lewis’ first foray into pranking.

Lewis, who reportedly holds a masters degree in marketing, made the news earlier this year when he was filmed wearing a life jacket and taking a dip in the food court pond at a Manchester shopping centre to publicise his comedy Youtube channel ‘Lostboy Lewis’.

At the time, Lewis told the Daily Mirror he was hoping to become a successful YouTuber and help to put Manchester on the map for vlogging comedy.