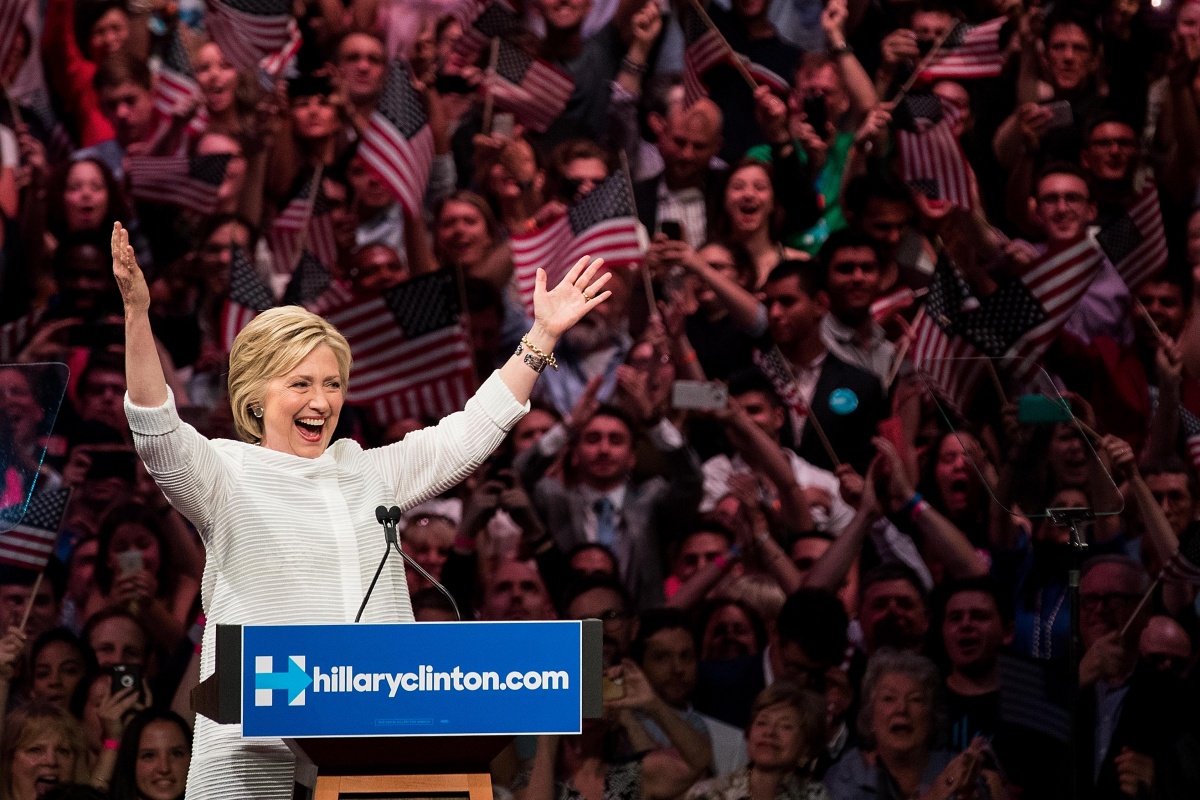 The nominees are decided and if the opening salvos on day one are anything to go by, Clinton versus Trump is shaping up as one of the United States’ most spiteful presidential contests yet.

Hillary Clinton claimed victory in the Democratic primary race on Wednesday to become the party’s presumptive nominee and the first woman to lead a presidential campaign.

While Democratic rival Bernie Sanders is yet to concede the race to Mrs Clinton, the nomination is clearly hers pending a formal endorsement by the party.

Donald Trump dominated the Republican primaries with an unashamedly divisive campaign – that included plans to build a wall between the US and Mexico – before winning his party’s presumptive nomination last week.

Claiming her victory at a partisan rally in Brooklyn on Wednesday, Mrs Clinton wasted no time in taking the attack to Mr Trump, branding the high-profile businessman as “unfit to be president”.

“Donald Trump is temperamentally unfit to be president and commander-in-chief.”

Mr Trump, meanwhile, says he’ll make a “major speech” next week in which he’ll discuss “all of the things that have taken place with the Clintons”.

Speaking on Wednesday to a victory rally at a golf course he owns in New York, Mr Trump claimed Hillary Clinton, former secretary of state in the Obama administration, “turned the State Department into her own private hedge fund”.

Mrs Clinton’s race against Mr Trump will also unfold as she faces an ongoing investigation into her use of a personal email server while secretary of state. Opinion polls show the controversy has hurt Mrs Clinton’s ratings on honesty and trustworthiness.

But when it comes to attacking her presidential opponent, Mr Trump offers a big target and Mrs Clinton looks set to give as good as she gets.

“He has abused his primary opponents and their families, attacked the press for asking tough questions, denigrated Muslims and immigrants,” she said on Wednesday. “He wants to win by stoking fear and rubbing salt in wounds, and reminding us daily just how great he is.”

In a primary campaign never far from controversy, Mr Trump has come under fire for his disparaging and sometimes racist comments about perceived political opponents.

Most recently he drew the ire of Democrats and ethnic groups for suggesting last week that Mexican-American judge Gonzalo P Curiel was biased against him because of his immigration policies, which include deporting illegal immigrants and building a wall along the southern border.

“When Donald Trump says a distinguished judge born in Indiana can’t do his job because of his Mexican heritage, he mocks a reporter with disabilities or calls women pigs, it goes against everything we stand for because we want an America where everyone is treated with respect and where their work is valued,” Mrs Clinton said.

While the Democrats and Republicans will not formally name their respective nominees until their July party conventions, there is no doubt the presidential race has begun and if day one is anything to go by, there will be no easy road to the White House.