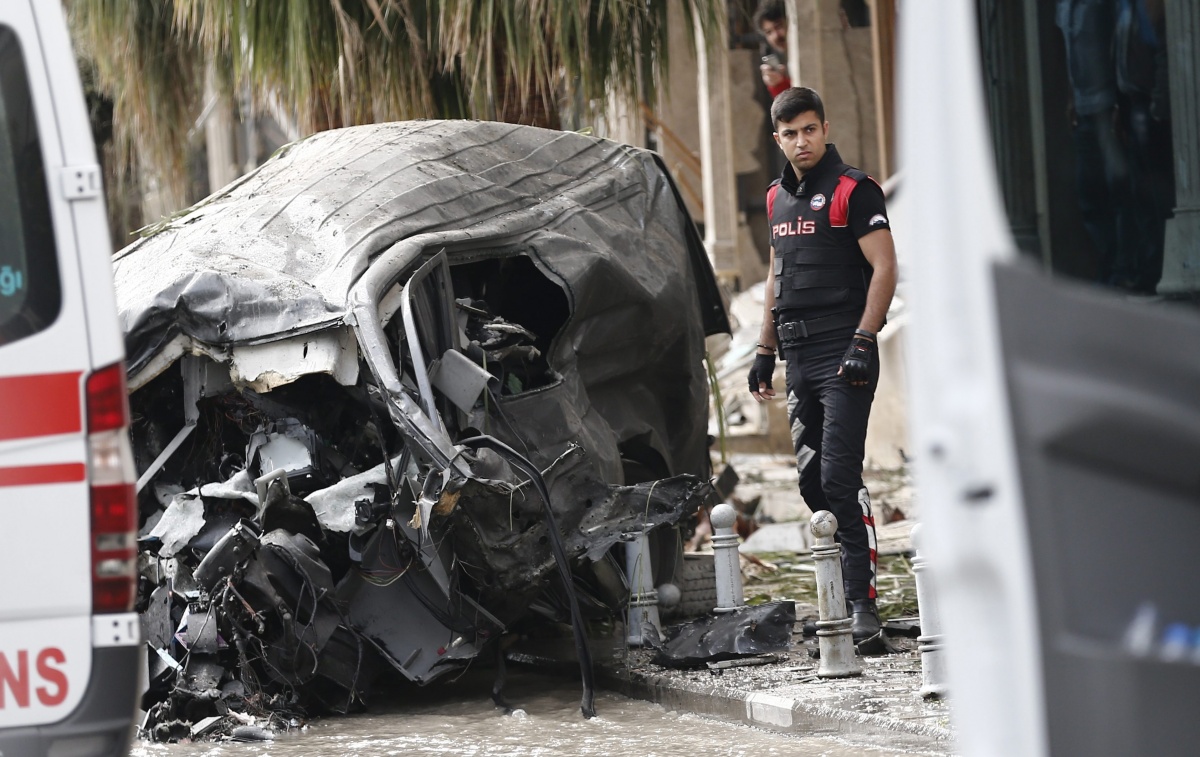 A car bomb attack targeting a bus carrying riot police during peak-hour traffic in Istanbul has killed 11 people and wounded 36 others, the city’s governor said.

Speaking at the scene of the blast in the district of Beyazit, Istanbul Governor Vasip Sahin said the dead included seven police officers and four civilians. At least three of the wounded were in serious condition.

The blast occurred on a busy intersection near an Istanbul University building, forcing officials to cancel exams.

The explosion was caused by a bomb placed inside a car and was detonated as the police vehicle was passing by, Sahin said.

The police bus was overturned from the force of the blast which also damaged nearby buildings, including a hotel whose entrance appeared gutted and windows were blown out. Several cars were also wrecked.

There was no immediate responsibility claim and Sahin would not comment on who may be behind the attack.

The rebels of the Kurdistan Workers’ Party, or PKK, have been targeting police and military personnel with bombs since July, when a fragile peace process between the rebels and the government collapsed. The Islamic State group has also been blamed for a series of deadly bombings in Turkey.

An estimated 500 Turkish security personnel have been killed in attacks or in conflict with the Kurdish rebels, according to the military, which claims to have killed 4900 PKK militants in operations in Turkey and northern Iraq, where the group has a major bastion. Turkish warplanes regularly raid PKK bases in northern Iraq.

Limited access to conflict areas in the southeast has made it difficult to verify casualty figures.

The PKK is fighting for autonomy for Turkey’s Kurds in the southeast of the country.

The decades-long insurgency against the Turkish state in a conflict that has claimed 40,000 lives.

The group is considered a terrorist organisation by Turkey and its allies.

Last month, eight people were wounded in Istanbul after car bomb similarly targeted a military vehicle near the entrance of a garrison as the evening rush hour began.