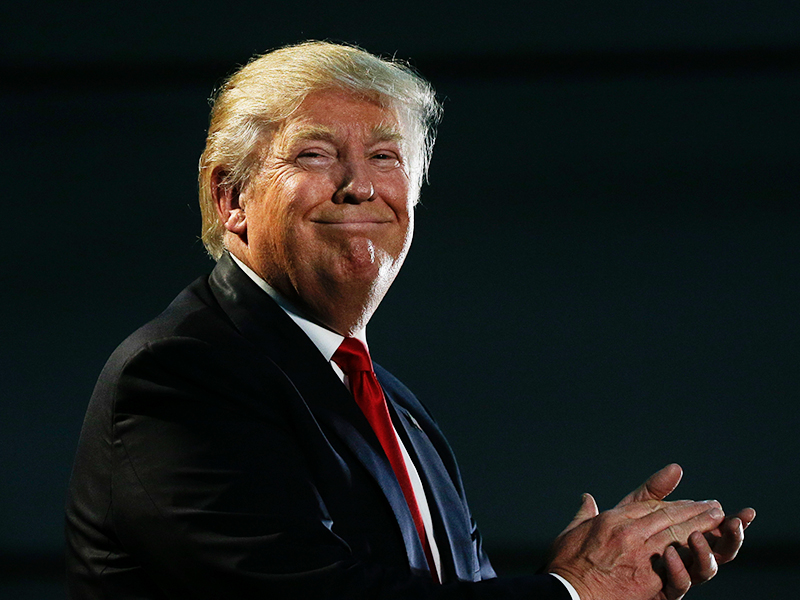 Donald Trump says he made “a lot of money” in a deal years ago with Muammar Gaddafi, despite suggesting at the time he had no idea the former Libyan dictator was involved in renting his suburban New York estate.

“Don’t forget, I’m the only one. I made a lot of money with Gaddafi, if you remember,” Trump said in an interview with CBS’ Face the Nation that aired on Sunday.

“He came to the country, and he had to make a deal with me because he needed a place to stay.

“He paid me a fortune. Never got to stay there,” Trump said. “And it became sort of a big joke.”

The presumptive Republican nominee was talking about a bizarre incident in 2009, when Gaddafi was in desperate search of a place to pitch his Bedouin-style tent during a visit to New York for a meeting of the UN General Assembly.

After trying and failing to secure space in Manhattan’s Central Park, on the Upper East Side and in Englewood, New Jersey, the Libyan government turned to Trump’s 213-acre Seven Springs estate in suburban Bedford, New York.

Gaddafi never stayed at the property, but it was nevertheless a spectacle. Reporters flocked to the town to watch construction crews erect a white-topped tent that was lined with a tapestry of camels and palm trees and outfitted with leather couches and coffee tables.

At one point the tent was torn down after the Town of Bedford threatened to sue Trump personally – and was then re-erected, to the town’s chagrin.

At the time, Trump distanced himself from the matter, hinting that he’d been tricked into renting his land.

Representatives of Gaddafi – loathed in the US due to his ties to terrorism – had falsified the identity of their client in other instances to make renting property easier.