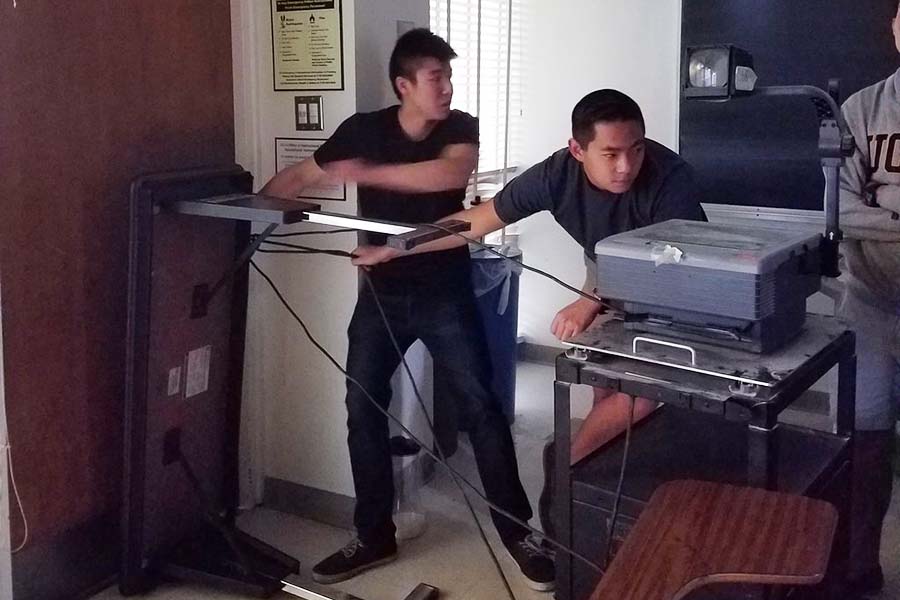 What would you do if faced with the possibility of an active shooter on the loose at your university, school or workplace?

Engineering students at the University of California Los Angeles (UCLA) were faced with the biggest challenge of their education when they received an alert that a shooter was active on their campus on Wednesday morning US time.

The shooting, an apparent murder-suicide, claimed the life of the shooter and William S. Klug, an associate professor of mechanical and aerospace engineering.

The shooter left a note at the scene, leading police to formally identify the perpetrator.

Students in the engineering building where the incident took place were told to go on lockdown. Unfortunately, many of the doors of the rooms they were in opened outwards and had no locks.

“We got a Bruin alert [a mass alert] that said ‘police activity, stay away from a certain building’ – it was called Engineering four,” student Mehwish Khan told The Los Angeles Times.

“The CSO officers, the community officers, told us that we should go up into higher levels of the library to stay safe. We decided to go inside one of the men’s bathrooms and the lock wasn’t working…”

Thankfully, their studies had more than equipped them to tackle the challenge with MacGyver-level resourcefulness.

Using desks, water bottles, electrical cords and even their own belts, the clever students devised their own locking mechanisms to prevent the shooter from swinging open the doors to their safe havens.

Thankfully, they weren’t required to test the finished product because the Los Angeles Police Department soon declared the situation under control and the students were able to evacuate.

Using my belt to lock the door down. #UCLA #activeshooter pic.twitter.com/XIxm0uWIe3

Doors open outward with no locks so we had to improvise our own locking mechanism #uclashooting #engineers pic.twitter.com/GAI1OeCSzK

#ucla when we were first trying to barricade the door after hearing the 1st shot an hour ago pic.twitter.com/HDaydt2lYG

The clever way UCLA students kept a shooter out