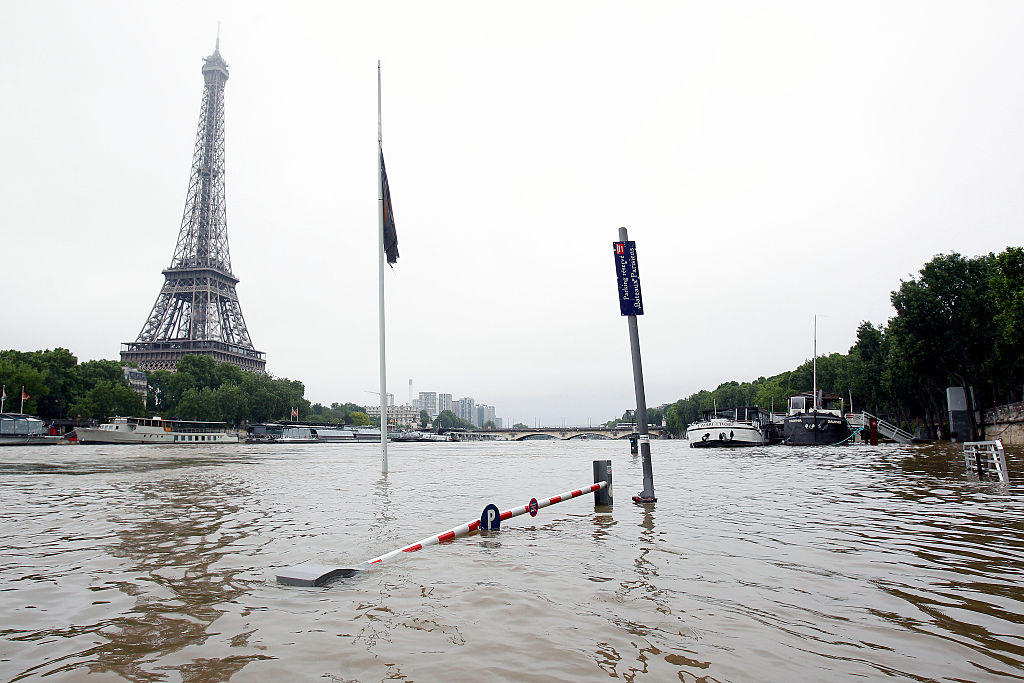 Torrential rain forced thousands of people from their homes just south of Paris while the River Seine surged to its highest level for over 30 years in the French capital.

The famed Louvre and Orsay museums have been shut down as well as a Paris metro line.

In Evry-Gregy-sur-Yerre, south of Paris, a man on horseback drowned, the prefecture said in a statement. Le Parisien newspaper said the 74-year-old had been trying to cross a flooded field.

The horse survived with minor injuries.

He was the second victim of the weather which has caused the Loire and Seine rivers to burst their banks.

An 86-year-old woman was found dead in her flooded house in a small town southwest of Paris late on Wednesday.

Several towns in southern Germany have also been devastated by flooding that has seen rescuers in central France rowing lifeboats down streets turned into muddy rivers.

Forecasters in both countries warned of more downpours over the next 24 hours.

There were chaotic scenes in the German town of Simbach am Inn, where the force of the water swept away the entire stock of a sawmill, leaving huge stacks of splintered wood blocking roads.

On one street, a car could be seen parked vertically against the wall of a house, pushed there by the floodwaters. Many other vehicles lay flipped over on roads blanketed by mud.

Five people have been killed in the Simbach area, including three women from the same family who had been trapped in their house.

The deaths bring the toll from the floods in Germany to 10, including four killed earlier this week in the southern region of Baden-Wuerttemberg.

The Louvre museum in flood-hit Paris said it would close to evacuate artworks held in its underground reserves as the River Seine began to burst its banks.

The riverside museum — the most visited in the world, home to everything from the Mona Lisa to priceless Egyptian artefacts, took the radical action after days of torrential rain in the French capital.

The Musee d’Orsay, which faces the Louvre on the opposite bank of the river, closed early on Thursday to put its own “protection plan” into place.

Its galleries hold the world’s greatest collection of Impressionist masterpieces, including the finest paintings by Renoir, Manet, Van Gogh and Degas, as well as 24 works by Gauguin.

“The aim is to move works situated in areas vulnerable to flooding to safety by moving them to higher floors,” the Louvre said in a statement.

Only hours before, the museum had played down the threat to its vast underground stores which are fitted with anti-flood pumps and sealed waterproof doors.

But as the Seine swelled to more than five metres above its usual levels, and burst its banks in places, its management decided to close its galleries entirely.

The Musee d’Orsay said a crisis management team had been put in place to organise the moving of its most vulnerable treasures to its upper floors if the Seine rises more than 5.5 metres.

By some estimates, the river could rise six metres above its usual height on Friday.

According to the Musee d’Orsay, both institutions have detailed emergency flooding plans.

These give the Louvre 72 hours and the Musee d’Orsay 96 hours to get works held in their underground reserves to safety.