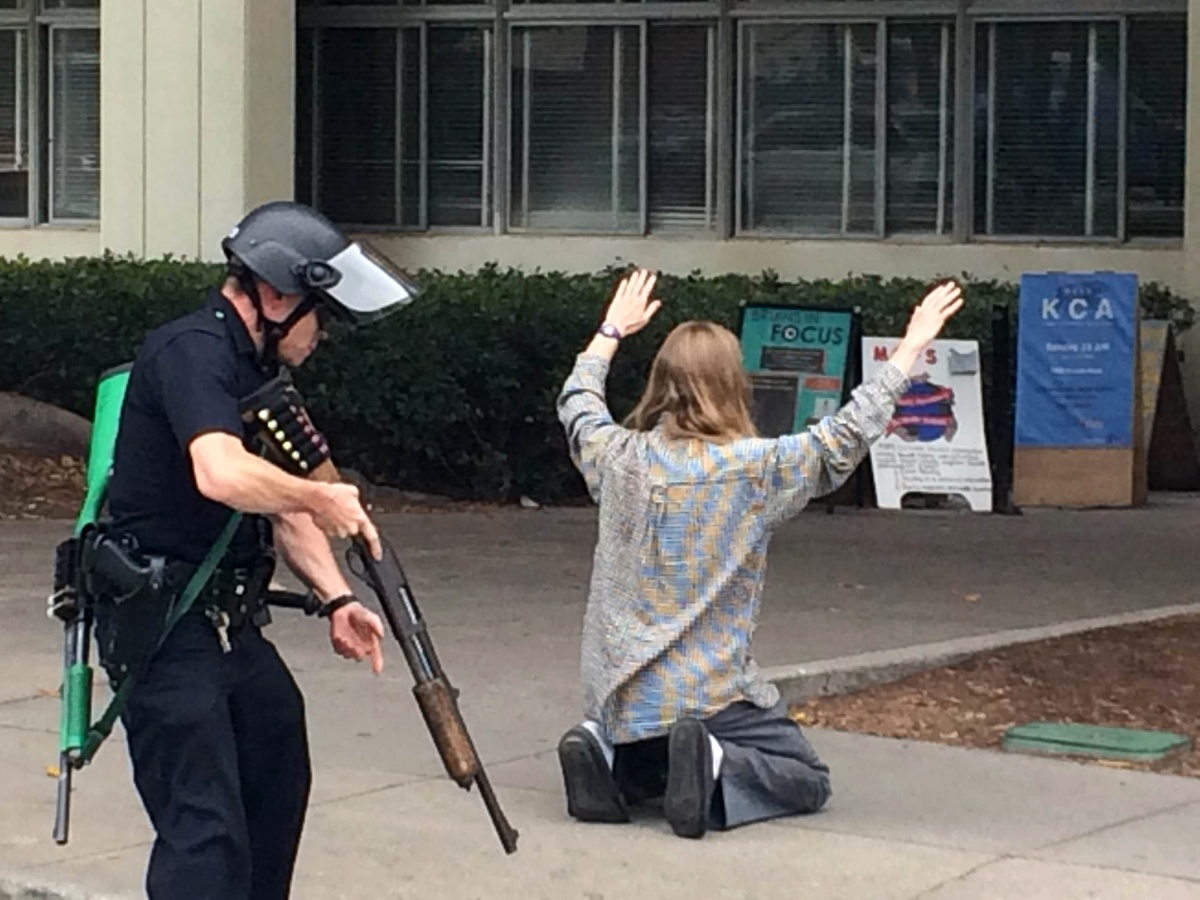 A professor has been identified by authorities as one of the men fatally shot in a murder-suicide at the University of California, Los Angeles, that shut down the sprawling campus for two hours a day earlier.

William Klug, 39, was one of the men killed in the shooting in the school’s engineering building on Wednesday, the Los Angeles coroner’s office said.

Los Angeles police said on Wednesday the gunman shot himself after fatally wounding another man, but declined to elaborate on the circumstances of the incident.

University officials said classes would resume on Thursday and counsellors will be available for students, faculty and staff.

“Our hearts are heavy this evening as our campus family mourns the sudden and tragic deaths of two people on our campus earlier today,” Chancellor Gene Block said in a statement.

Klug was a professor of mechanical and aerospace engineering, according to the university’s website. The Los Angeles Times reported that Klug was attempting to develop a computer-generated virtual heart.

“You cannot ask for a nicer, gentler, sweeter and more supportive guy than William Klug,” Professor Alan Garfinkel told the newspaper of his colleague.

The coroner’s office declined to identify the other man involved in the shooting. The incident caused the large campus to be locked down for about two hours as students were told to shelter in place.

Engineering student Aaron Feigelman said he received a text message alerting him to an emergency and entered an adjacent building, where he and five others took refuge for 90 minutes.

“We tied the bathroom door hinges with belts to keep the door closed because there were no locks. And we just waited. It was really scary,” Feigelman said.

About 200 police officers wearing bulletproof vests and helmets responded to several calls of shots fired, converging on the campus with rifles drawn, fearing the shooter might still be active.

Police recovered what may turn out to be a suicide note and a gun at the scene, Los Angeles Police Chief Charlie Beck said.

UCLA, attended by more than 43,000 students, is in the Westwood section of Los Angeles and is one of the more well-regarded schools in the University of California system.

“I am heartbroken by the sight of SWAT teams running down avenues normally filled with students, and angered by the fear that one person with a firearm can inflict on a community,” Los Angeles mayor Eric Garcetti said.