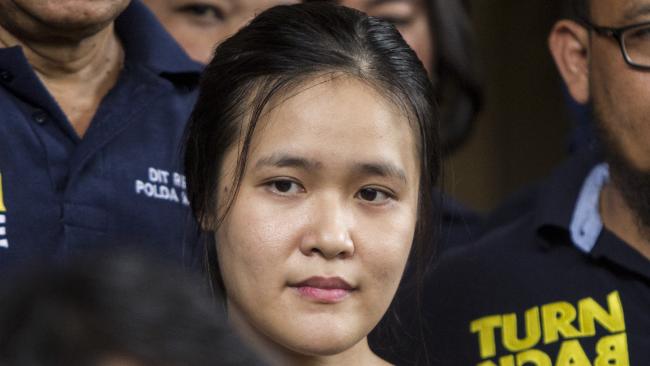 There is no agreement preventing Australian resident Jessica Wongso from facing the death penalty, an Indonesian court has said.

That is despite Justice Minister Michael Keenan saying he approved the Australian Federal Police’s assistance in the high-profile Jakarta murder case because he was promised the death penalty would not apply.

Ms Salihin died in January shortly after drinking a coffee that police said was laced with cyanide.

Murder is a capital crime in Indonesia and a judge with the Central Jakarta District Court says there is no binding agreement to prevent a death sentence from being handed down.

District Court Judge and spokesman for the Central Jakarta District Court Jamaluddin Samosir told the ABC the Indonesian justice system “does not recognise that kind of deal”.

“No such deal is possible in our system,” Judge Jamaluddin said.

Judge Jamaluddin added: “The judges can decide any penalty they want. We are independent, there can be no intervention.”

Prosecutors can recommend a penalty — but it is no guarantee of what is actually handed down.

The Jakarta Prosecutor’s office also indicated to the ABC there was no binding agreement.

In a statement, the office said: “The one who decides and tries [the case] is the judge. All depends on the facts in the trial.”

Professor Tim Lindsey from the Centre for Indonesian Law, Islam and Society at the University of Melbourne Law School said “the judges in Indonesian courts are not bound by prosecutors’ submissions”.

“In particular, they are not bound by any maximum sentence recommendation a prosecutor may make and they can certainly impose a sentence of greater severity than the prosecution seeks,” he said.

Criminology Professor Adrianus Meliala from the University of Indonesia in Jakarta said there could be no binding agreement on an Indonesian judge.

“We are still waiting for the prosecutor to bring the case to the court,” Professor Meliala said.

“It is very much uncertain whether Jessica will be or won’t be facing the death sentence.”

He said the death penalty was unlikely in this case, but could not be ruled out.

In response to the ABC’s questions, a spokesperson for Mr Keenan said: “The Indonesian Government has given an assurance to the Australian Government in writing that the death penalty will not be sought nor carried out in relation to the alleged offending.”

Mr Keenan’s office said it would not release the written assurance to the ABC.