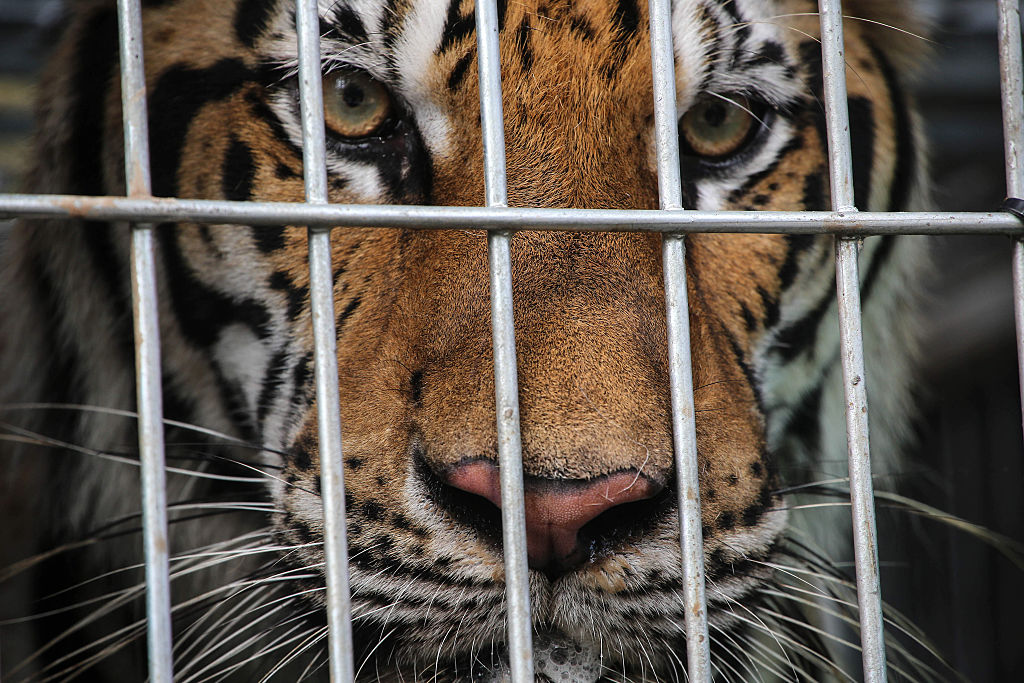 Forty tiger cubs have been found in a freezer at a Thai Buddhist temple accused of wildlife trafficking and animal cruelty.

Photos from inside Thailand’s controversial Tiger Temple have shown rows of small tiger carcasses lined up on the ground, alongside a small bear, a set of deer horns and plastic bottles reportedly containing animal parts.

The Buddhist temple in Kanchanaburi province, west of Bangkok, has more than 100 tigers and has become a tourist destination where visitors take selfies with tigers and bottle-feed their cubs.

Tourists pay hundreds of dollars to mingle with the docile animals.

But allegations of abuse and illegal trading have long plagued the facility and Thai authorities are in the process of relocating 40 adult tigers.

The 40 dead tiger cubs were found in a freezer in a kitchen area, Department of National Parks deputy director-general Adisorn Nuchdamrong said.

“They must be of some value for the temple to keep them,” he said.

“But for what is beyond me.”

Monks at the temple were not immediately available for comment.

A post on the Tiger Temple Facebook account from March addressed the rumours of illegal trading, saying tigers had a high infant mortality rate and for the past six years any cubs who died were frozen instead of being cremated.

“Cubs do occasionally die for various reasons … in the past, as per Buddhist customs, these tiger cubs were cremated,” the Facebook post said.

“In 2010, the ex-vet of Tiger Temple changed this policy. Instead of cremation, the deceased cubs were preserved in jars or kept frozen.

“We have documented all the deaths from 2010 and have photographic evidence of them still being within the temple.”

Earlier this week the temple was raided by wildlife authorities and officials moved 52 live tigers from the temple since Monday, Adisorn said, leaving 85 still there.

Monday’s raid was the latest move by authorities in a tug-of-war since 2001 to bring the tigers under state control.

Officials from the Department of National Parks, Wildlife and Plant Conservation said they planned to confiscate and remove more tigers from the temple on Tuesday and send them to a state-owned sanctuary.

The People for the Ethical Treatment of Animals group said the temple was “hell for animals” and called on tourists to stop visiting animal attractions at home and abroad.