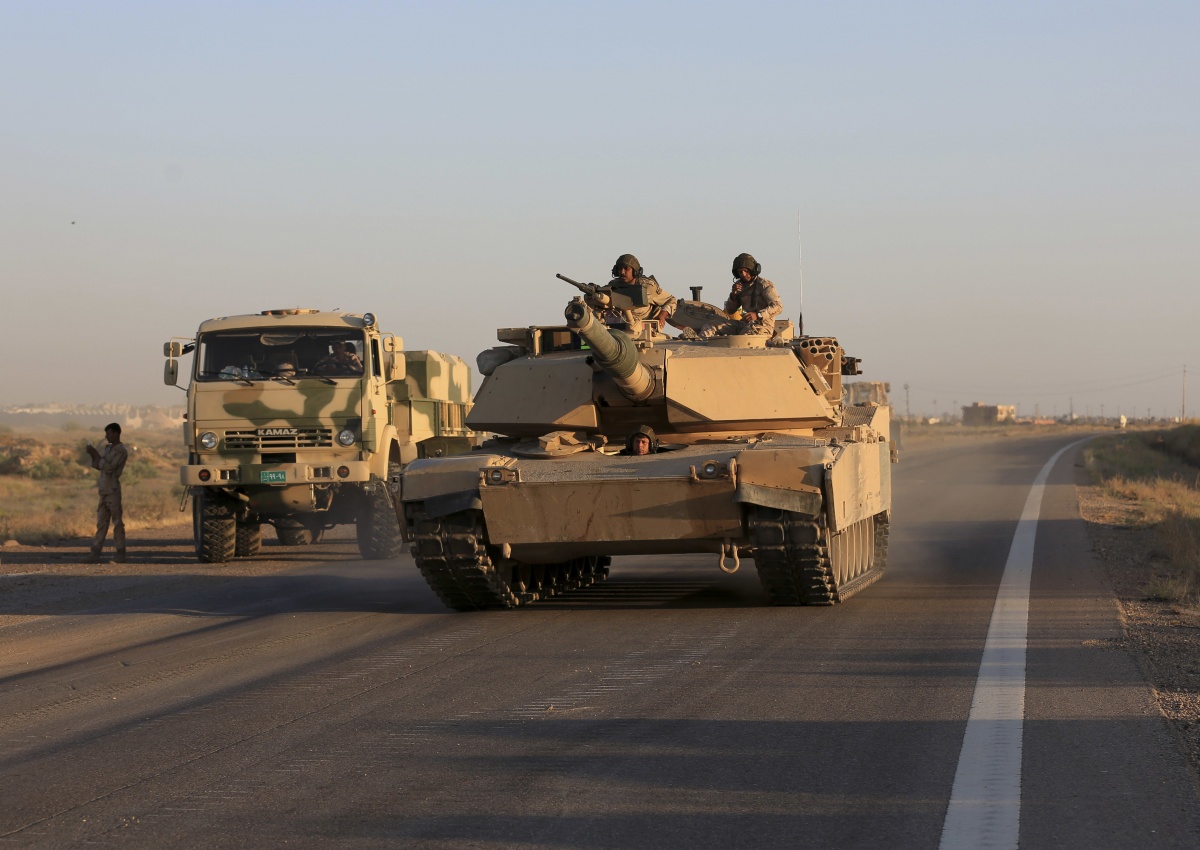 Iraqi military forces prepare for an offensive into Fallujah to retake the city. Photo: AAP

Elite Iraqi special forces have begun their push into Fallujah, expecting to encounter the stiffest resistance yet in the campaign to free territory from the Islamic State group.

The city 65km west of Baghdad has been under militant control longer than any other part of Iraq, and IS fighters have had more than two years to dig in. Networks of tunnels like those found in other IS-held territory have already been discovered in its northeastern outskirts.

The Iraqi troops, also known as the counterterrorism forces, are leading the assault on Fallujah, slowly moving up from the southern edge in a column of armored Humvees.

Their advance is expected to be slow because tens of thousands of civilians remain trapped in Fallujah and hidden bombs are believed to have been left throughout the city, according to special forces commanders at the scene. They expect fierce resistance from the jihadis, who have nowhere to run.

“This is the decisive battle for us and for Daesh,” said General Saad Harbiya, head of Fallujah operations for the Iraqi army, using an Arabic acronym for the Islamic State group.

The offensive, supported by airstrikes from the US-led coalition, was launched a week ago.

In that time, other wings of Iraq’s security forces have cleared the city’s edges.

Shi’ite militia forces under the government umbrella of the Popular Mobilisation Forces and the federal police lead operations that have taken back 80 per cent of the territory around Fallujah, according to Iraqi Major Dhia Thamir.

The predominantly Sunni city in Anbar province is one of the last major IS strongholds in Iraq. The extremist group still controls territory in the north and west, as well as the second-largest city of Mosul.

The 500-700 IS fighters holed up in Fallujah are expected to be some of the group’s best-trained, a special forces commander at the scene said.

Brigadier Haider al-Obeidi described Monday morning’s fighting as “fierce,” with IS deploying snipers and releasing a volley of mortar rounds on the Iraqi forces.

Humanitarian groups say that as the violence intensifies, their concerns for civilians trapped inside Fallujah mount.

“With every moment that passes, their need for safe exits becomes more critical,” said Nasr Muflahi, the country director for the Norwegian Refugee Council, an international humanitarian group active in Anbar province.

In past operations, Iraq’s Shi’ite militia forces have been accused of committing abuses against civilians in majority Sunni towns and cities.

Sunni lawmakers have accused the security forces of using indiscriminate force that has endangered the more than 50,000 civilians estimated to be still inside Fallujah.

“The troops have been recommended to respect families and treat them gently,” said Hadi al-Amiri, the Shi’ite militia commander who also heads the Badr Organisation political party, while overseeing operations outside Fallujah.

Forces close in on Fallujah