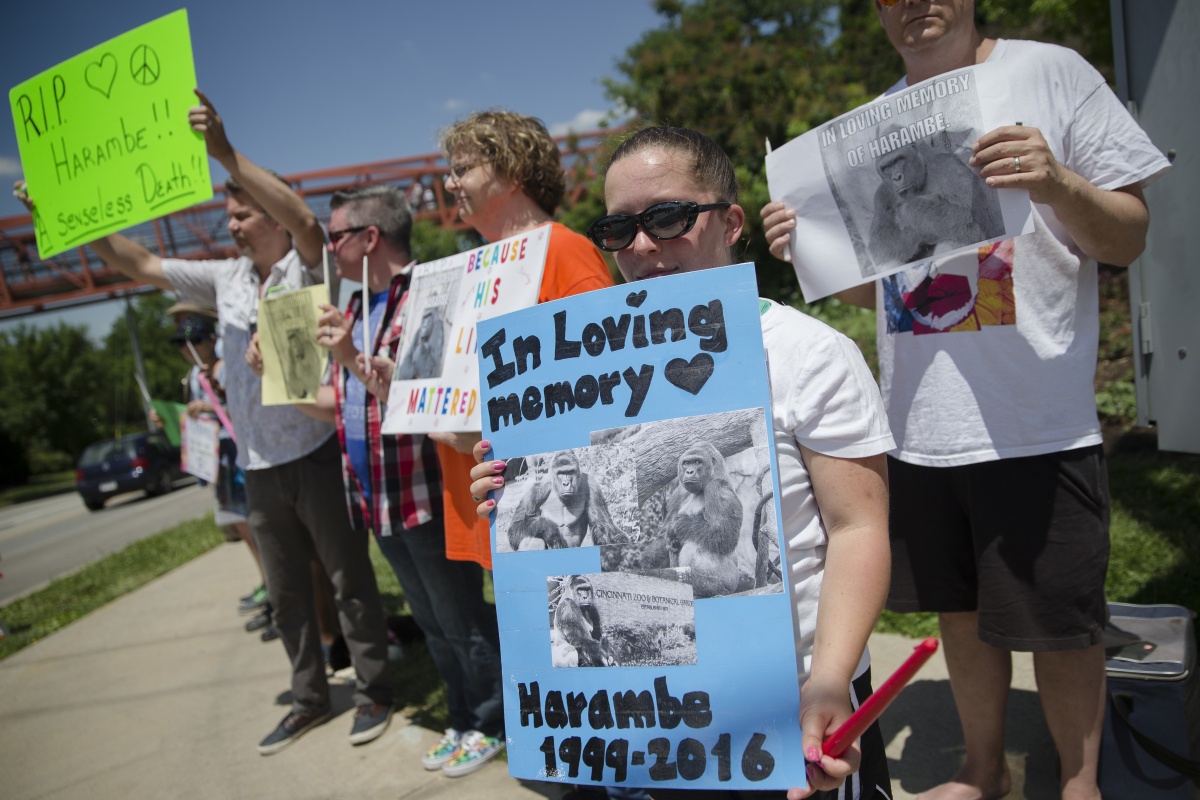 Animal lovers have mobilised as outrage mounts over the Cincinnati Zoo’s killing of a gorilla to rescue a four-year-old boy who fell into the animal’s enclosure.

More than 200,000 people had signed online petitions on Change.org by Monday protesting the shooting of Harambe, the Western lowland gorilla, whose species is listed as endangered. Some petitions urged police to hold the child’s parents accountable.

Watch the extended video of the incident here:

The 204kg animal had dragged the boy through shallow water and up a rock wall on Saturday, but he did not appear to intentionally harm the child.

The most popular “Justice for Harambe” petition seeks police action and also urges child protective services to investigate the boy’s home to guard against “further incidents of negligence.”

Witnesses said they heard the boy telling his mother he wanted to enter the enclosure. The child, whose name has not been released, then slipped behind a barrier and fell about 4.5 metres into the enclosure.

People laid flowers and commemorative notes at a gorilla statue inside the zoo, and local media reported that activists planned a vigil on Monday.

Michelle Gregg, who identified herself on Facebook as the boy’s mother, said her son was recovering from a concussion and a few scrapes. She asked others not to judge her because “accidents happen”.

A family statement on Sunday expressed condolences to the zoo for the loss of 17-year-old Harambe.

“We are so thankful to the Lord that our child is safe. He is home and doing just fine,” the statement said.

“We extend our heartfelt thanks for the quick action by the Cincinnati Zoo staff. We know that this was a very difficult decision for them, and that they are grieving the loss of their gorilla.”

The zoo’s dangerous animal response team shot Harambe dead about 10 minutes after he encountered the child.

It was the first time in the 38-year history of the Cincinnati Zoo & Botanical Garden’s gorilla exhibit that an unauthorised person entered the enclosure, zoo president Thane Maynard said.

“We are heartbroken about losing Harambe, but a child’s life was in danger and a quick decision had to be made,” Maynard said in a statement on Sunday.

Tranquilisers were not an option because they could have a delayed effect and “the impact from the dart could agitate the animal and cause the situation to get much worse,” Maynard said.