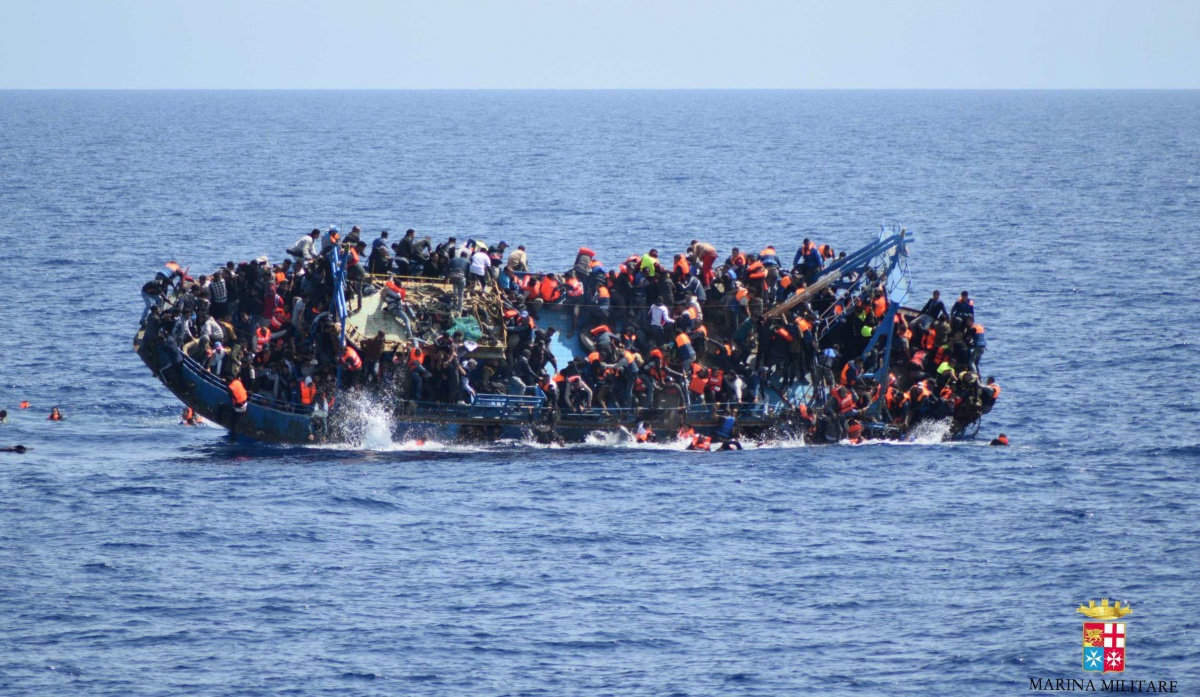 Refugee advocates are fearful for the future of asylum seekers on Manus Island and Nauru. Photo: AAP Photo: AAP

At least 700 migrants may have died at sea this past week in the busiest week of migrant crossings from Libya towards Italy this year, Medecins San Frontieres and the UN Refugee agency say.

About 14,000 have been rescued since Monday amid calm seas, and there have been at least three confirmed instances of boats sinking. But the number of dead can only be estimated based on survivor testimony, which is still being collected.

“We will never know exact numbers,” Medecins San Frontieres said in a Tweet after estimating that 900 had died during the week. The United Nations High Commissioner for Refugees (UNHCR) said more than 700 had drowned.

Migrants interviewed on Saturday in the Sicilian port of Pozzallo told of a large fishing boat that overturned and sank on Thursday with many women and children on board.

Initial estimates were that 400 people died, but the UN Refugee agency said on Sunday there may have been about 670 passengers on board.

According to testimony collected by EU border agency Frontex, when the motorless fishing boat capsized, 25 swam to the boat that had been towing it, while 79-89 others were saved by rescuers and 15 bodies were recovered. This meant more than 550 died, the UNHCR said.

The migrants – fleeing wars, oppression and poverty – often do not know how to swim and do not have life jackets. They pay hundreds or thousands of dollars to make the crossing from Libya to Italy, by far the most dangerous border passage for migrants in the world.

This week’s arrivals included Eritreans, Sudanese, Nigerians and many other West Africans, humanitarian groups say. Despite the surge this week, as of Friday 40,660 arrivals had been counted, 2 per cent fewer than the same period of last year, the Interior Ministry said.

Most of the boats this week appear to have left from Sabratha, Libya, where many said smugglers had beaten them and women said they had been raped, said MSF, which has three rescue boats in the area.

The migrants are piled onto flimsy rubber boats or old fishing vessels which can toss their occupants into the sea in a matter of seconds.

About 100 are thought to have either been trapped in the hull or to have drowned after tumbling into the sea on Wednesday.

On Friday, the Italian Navy ship Vega collected 45 bodies and rescued 135 from a “half submerged” rubber boat. It is not yet known exactly how many were on board, but the rubber boats normally carry about 300.

Horror week for refugees in Mediterranean