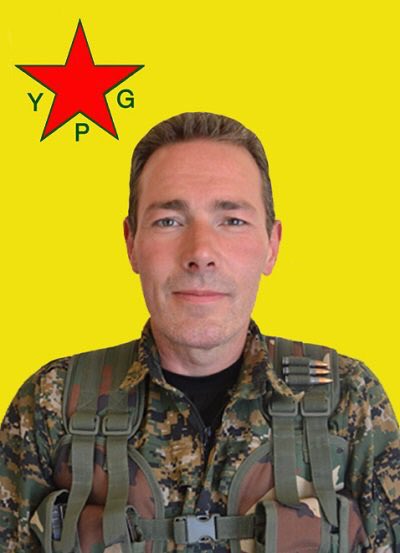 Former comrades of Australian man Jamie Bright, who reportedly died while fighting against Islamic State (IS) in Syria, have praised him as a “gentle, nice bloke”.

Social media accounts linked with Kurdish forces in Syria announced overnight that Mr Bright was shot and killed last week while fighting IS.

The ABC has so far been unable to independently verify Mr Bright’s death.

Sources have told the ABC Mr Bright joined Kurdish forces, known as the People’s Protection Units or YPG, after crossing from the Iraqi border in January, 2015, to an area of Syria known as Rojava.

“He saw something was wrong,” a friend of Mr Bright has told the ABC.

“What IS was doing — raping, killing — and governments were taking no action.

“He was supportive of the Kurdish cause to give them independence and freedom within their own area.”

Throughout his 17 months in Syria, Mr Bright kept a low profile and stayed off social media.

Videos did emerge of him speaking in a local dialect, Kurmanji, as well as a separate video in English purportedly shot shortly after his arrival.

“The reason I came to Kurdistan is because of the people, their struggle and their fight,” Mr Bright said in the video.

The ABC understands Mr Bright had been a member of the Australian Defence Force, training with the School of Military Engineering in Sydney in 1989 before being posted to Perth as an Army engineer.

He had been working as a painter before leaving Australia.

‘One of the gentle, nice blokes’

During his time in Syria, Mr Bright developed a strong connection with the Kurdish people, becoming fluent in their language.

“They loved it because they could see we were trying to do what they did, not making them do what we did,” the friend said.

“He was one of the gentle, nice blokes.”

The YPG has been locked in a fierce fight against IS forces in Syria, and controls large swathes of land in the country’s north after numerous victories.

If Mr Bright’s death is confirmed, it would make him the third Australian to have died while supporting Kurdish forces in Syria.

In February 2014, Australian man Ashley Johnston was killed during a fire fight against IS, and Gold Coast man Reece Harding died after triggering a land mine while on patrol.
Australian man Ashley Dyball, who is under investigation for his involvement with Kurdish forces in Syria, posted a tribute to Mr Bright.

“You’re a great man and a top bloke. Your sacrifice will never be forgotten,” Mr Dyball’s post said.

The Department of Foreign Affairs said it was unable to confirm Mr Bright’s death, adding that Australians should not travel to Syria.

“Australians must understand that if they go and fight in conflicts like that, they are breaking Australian law,” Prime Minister Malcolm Turnbull said.

“If they come back within Australia’s jurisdiction, they will be held to account for that.”

Aussie killed fighting IS in Syria