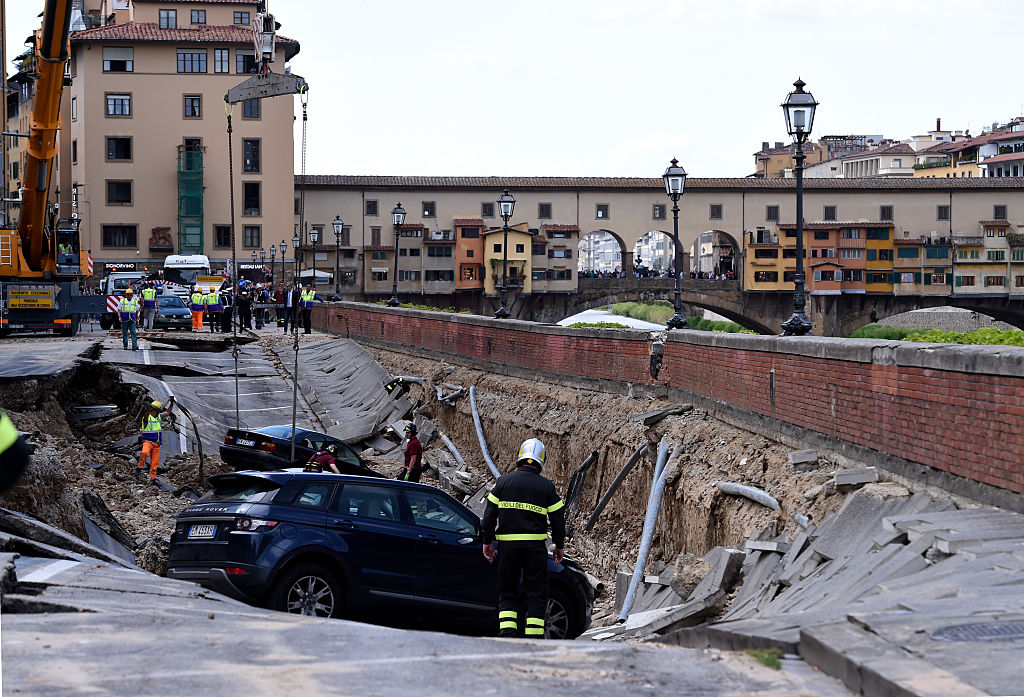 Part of the embankment of the Arno river in the Italian city of Florence has collapsed, plunging parked cars into a crater and sparking an evacuation of buildings next to the city’s world-famous, historic Ponte Vecchio bridge.

Images of the sinkhole have gone viral, as the stretch of road between the 14th-century Ponte Vecchio and the Ponte alle Grazie caved in when a water pipe burst in the early hours of Wednesday morning, dropping about 15 cars into a hole filled with water.

“Seeing that chasm 200 metres from the Ponte Vecchio was a blow … when I got there this morning my heart ached,” Florence Mayor Dario Nardella told Italian media, as residents and tourists hovered at the scene, snapping photographs.

“But I assure you there is no danger to the people of Florence and the historic city centre is completely safe.”

The collapse affected about 200 metres of the embankment and authorities stopped traffic along the road.

Mr Nardella said he hoped the residents evacuated from two buildings near the chasm would be able to return home later on Wednesday.