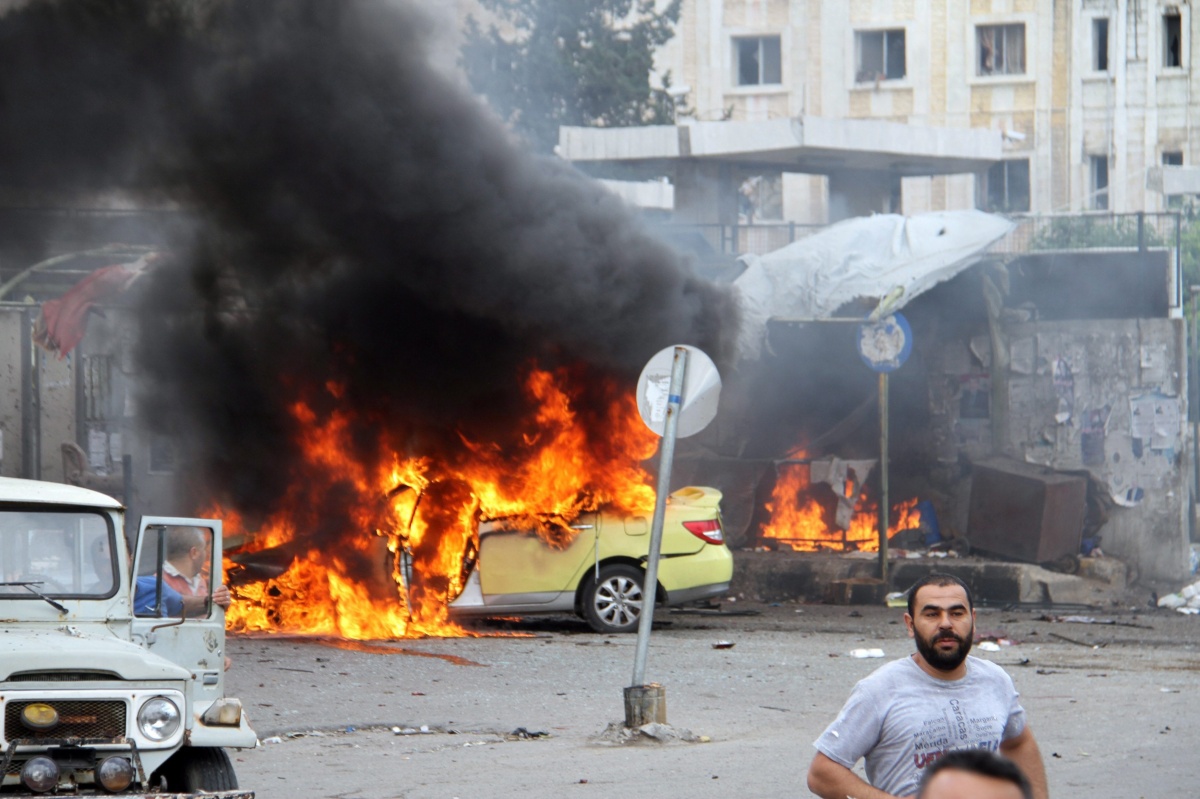 Bombs have killed nearly 150 people and wounded at least 200 in Jableh and Tartous on Syria’s Mediterranean coast in the government-controlled territory that hosts Russian military bases, monitors and state media said.

Islamic State claimed responsibility for the attacks on Monday in the cities that had up to now escaped the worst of the violence in the five-year-old conflict, saying it was targeting members of President Bashar al-Assad’s Alawite minority.

The Britain-based Syrian Observatory for Human Rights said 148 people were killed in attacks by at least five suicide bombers and two devices planted in cars.

State media had said 78 people had been killed in what is Assad’s coastal heartland.

The attacks were the first of their kind in Tartous, capital of Tartous province and home to a Russian naval facility, and in Jableh in Latakia province, near a Russian-operated air base.

The Kremlin said the blasts underscored the need to press ahead with peace talks after the collapse of a February 27 ceasefire in April due to intensifying violence in a war that has killed at least 250,000 people.

The Syrian Foreign Ministry sent a letter to the United Nations, state television reported, saying the blasts were a “dangerous escalation by the hostile and extremist regimes in Riyadh, Ankara and Doha”, referring to support given to the rebels by Saudi Arabia, Turkey and Qatar.

Islamic State claimed the attacks in a statement posted online by the group’s Amaq news agency, saying its fighters had targeted “gatherings of Alawites”.

A second statement from the militant group said the attacks were carried out in a government-held area “so they experience the same taste of death which Muslims so far have tasted from Russian (and Syrian government) air strikes on Muslim towns.”

Amaq said 10 Islamic State members died in the attacks, five in Tartous and five in Jableh.

Syria’s Information Minister Omran al-Zoubi said in an interview with Ikhbariya that terrorists were resorting to bomb attacks against civilians instead of fighting on the front lines, and vowed to keep battling them.

The government refers to all insurgents fighting against it as terrorists.

Bombings in Damascus and the western city of Homs this year killed dozens of people and were also claimed by Islamic State, which is fighting against government forces and their allies in some areas, and separately against its jihadist rival al-Qaeda and other insurgent groups.

Latakia city, which is north of Jableh and capital of the province, has been targeted on a number of occasions by bombings and insurgent rocket attacks, including late last year.

Government forces and their allies have recently stepped up bombardment of areas in Aleppo province in the north, which has become a focal point for the escalating violence.