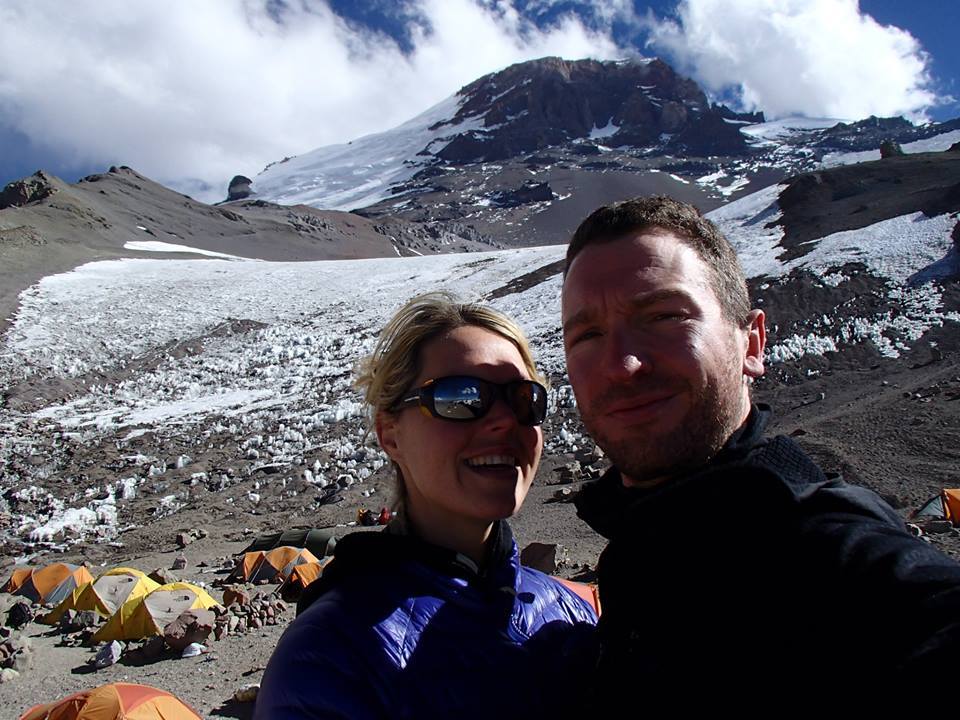 A Melbourne university lecturer who suffered altitude sickness and died on Mount Everest was being looked after by what some climbers have described as one of Nepal’s cheapest and riskiest trekking companies.

Dr Maria Strydom died on Saturday on her way down the world’s highest mountain with a Sherpa after failing to make the summit.

Tour company Seven Summit Treks said the tired and weak 34-year-old died at an altitude of about 7800 metres near Camp Four.

Another climber in Dr Strydom’s group, Dutchman Eric Arnold, also died from altitude sickness on Friday after reaching the summit on his fifth attempt.

Dr Strydom’s husband, Dr Rob Gropel, was with his wife on the climb and suffered symptoms of altitude sickness. His current condition is unknown.

Mountaineer Andrew Lock has conquered Mount Everest twice and was the first Australian to lead a commercial expedition up the peak.

He said that Seven Summit Treks was “one of the lower end guiding companies” and said two deaths on one team was a cause for great concern.

Mr Lock said while the exact circumstances of the latest case were yet to be determined, there was a broader problem with how many people were on the mountain at once.

“It has deteriorated into a circus with so many people up there,” he said.

“The environment has changed. It was once an environment where only skilled and experienced climbers dared to tread.

The company’s website said it was one of the leading mountain tourism businesses in Nepal and its treks were run by professional guides.

‘It really is a case of buyer beware’: operator

Guy Cotter from the New Zealand-based company Adventure Consultants said Seven Summit Treks was one of the cheapest trek operators on the mountain.

“A company like Seven Summits will have a base price of around $US25,000 and then people still have to add on additional costs for the trek to base camp for oxygen, for Sherpas and so on,” Mr Cotter said.

“But then there’s operators like us who are offering a full guided service, we charge $US65,000, the difference is that we have professionally qualified, experienced mountain guides.”

He acknowledged he could not comment directly on the latest deaths, but said climbers needed to assess whether they had enough experience to go with an operator which provided fewer services.

“It really is a case of buyer beware when you go on one of these expeditions.”

“The reason these expeditions are cheap is because they just don’t have the facilities and the back up and the equipment, they don’t even have communications equipment.”

He said a company like Seven Summit Treks had fewer support climbers, meaning those suffering altitude sickness may not be able to be carried down the mountain.

Mr Cotter said they also supplied fewer oxygen bottles and other safety equipment, which meant it could take longer to get help if problems arose.

The chairman of the Australian Himalayan Foundation, Simon Balderstone, said it was “very dangerous territory” to suggest that the company could be at fault, as what happened to the climbers “can happen to anybody”.

“It’s a very long bow to suggest that anything to do with the company was a factor in these people’s problems,” he said.

Dr Strydom and her husband had previously scaled mountains such as Mount Denali, the highest peak in North America, and Mount Kilimanjaro in Africa.

Mr Cotter suspected the couple’s trekking experience may have given them a false sense of confidence.

“They might have thought that they had gone so well that they could go to something like Everest without being on a guided expedition,” he said.

“Even experienced mountaineers who have been to very high altitude would find it very difficult going to Everest the first time.

“There are a lot of differences to ascents on lower mountains, you have to learn about the use of oxygen, you have to work with the Sherpas.”

Mr Cotter said Seven Summit Treks had a place in the market, but in his opinion was only for the most experienced high altitude climbers.

“[The company is] an entirely appropriate operator to go with for the appropriately experienced people with enough background and knowledge,” he said.

“It’s very common for the lower end Nepalese operators to have fatalities and sometimes multiple fatalities, they often go under reported,” he said.

He agreed there was always a risk in any climb, but the dangers were significantly reduced with more experienced and expensive operators who had more facilities in place to deal with emergencies more quickly.

Flags at Monash University were being flown at half mast on Monday as a mark of respect for Dr Strydom.