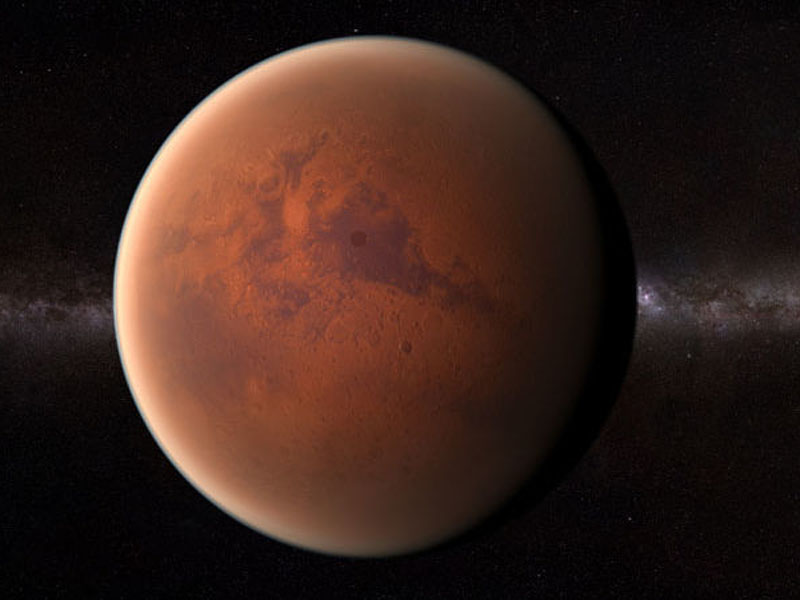 It was hoped that the ExoMars Mission would gather valuable data about potential life on Mars. Photo: Getty Photo: Getty

Mars will be at its biggest and brightest in over a decade tonight, as it comes into a particularly close opposition.

Mars comes into opposition — the point when Mars and the Sun are on directly opposite sides of the Earth — once every two years.

But tonight, as the Red Planet edges towards its closest point to Earth in 11 years, it will appear much bigger and brighter in the night sky than usual.

Amateur astronomer Dr Ian Musgrave, from the University of Adelaide, said it would trump Venus as the brightest object in the sky, aside from the Sun and the Moon.

“At the moment Mars is now the brightest object in the sky. It is brighter even than Jupiter,” he said.

But he said astronomy fans would need a telescope to fully appreciate the event.

“From the point of view of someone standing around looking into the sky, it is just going to be a bright dot,” he said.

“But even if you have a small telescope, the disc of Mars will be big enough to see details and maybe even the polar cap.”

Dr Musgrave said Mars would remain bright in the night sky for about another month.

But while the opposition is a calendar event for astronomers, fans are keenly awaiting the Mars Close Approach on May 30.

According to NASA, on that date Mars will be at a distance of 75.3 million kilometres away from Earth — the closest it has been to our planet since 2003.

The minimum distance from the Earth to Mars is about 54.6 million kilometres.

Mars to appear at its biggest, brightest tonight