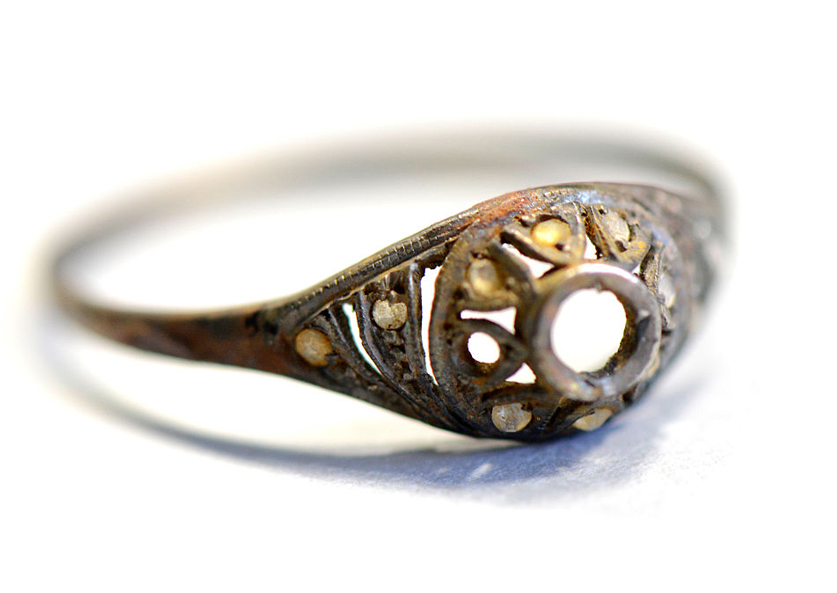 A gold ring has been found hidden inside a mug by staff at the Auschwitz Museum.

The ring was part of a large number of ceramics the Nazis stole from Jews on the entrance to the concentration camp.

“During the works to secure the enamelled kitchenware located at the main exhibition, it turned out that one of the mugs has a double bottom,” the museum said in a statement.

“It was very well hidden, however, due to the passage of time, the materials underwent gradual degradation, and the second bottom separated from the mug.”

The ring was found along with a woman’s necklace, wrapped in a piece of disintegrated parchment.

Jews deported to concentration camps were often told they were being resettled, leading them to bring their valuables in hope of a new life.

In reality, the Nazis confiscated their possessions on arrival to the camps.

This jewellery was found amongst a collection of 2000 looted ceramics from holocaust victims.

“The hiding of valuable items  proves on the one hand to the awareness of the victims as to the robbery nature of the deportation, but on the other hand it shows that the Jewish families constantly had a ray of hope that these items will be required for their existence” said museum director Cywiński.

The museum said it would display the jewellery to reflect the way it had been hidden, in honour of the Jews deported to concentration camps.