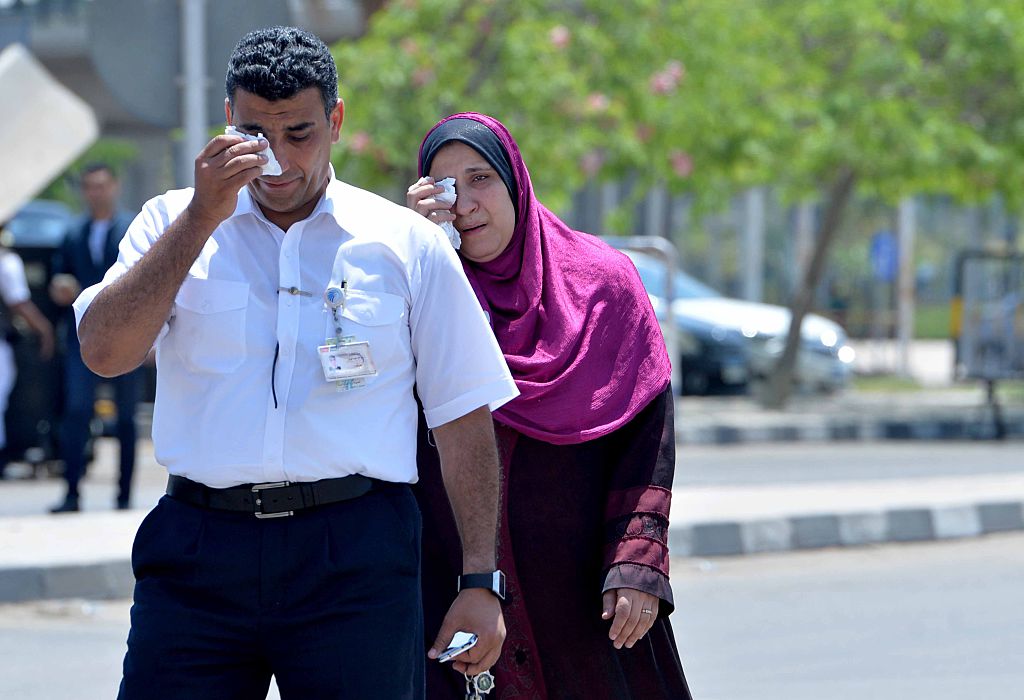 The Australian-British citizen aboard the missing EgyptAir flight is believed to have been as a geologist who had become a father for the second time in recent weeks.

Richard Osman, 40, was said to have been “deliriously happy” at the birth of his daughter Olympe.

Born at the end of April, Olympe was Mr Osman’s second child with his 36-year-old French-born wife Aurelie.

• Wreckage not from plane: officials
• Aussie was on the Egyptair plane

Described by his family as a “workaholic”, Mr Osman’s job for a gold mining company regularly took him to Cairo and other international destinations.

He was reportedly on the flight heading to Egypt to attend a conference. Mr Osman also once worked for Harmony Gold, a mining company based in Western Australia.

“Richard was so happy at the birth of his second daughter, and yet two weeks later he is no longer with us – it’s an absolute tragedy”.

“He was really happy about having the baby and was looking forward to enjoying a lovely family life with his two girls,” he told the paper.

He added: “Of all the family I would’ve thought Richard would have been the last to go.

“He was incredibly fit and a workaholic and since leaving university he has never stopped.”

Mr Osman’s children were believed to be with their mother in Paris, where the couple has a home.

More than a day after the plane disappeared, there has still been no confirmation of the plane’s wreckage, with a search now underway involving Greek, Egyptian, French and UK military units near Greece’s Karpathos island.

Among the 66 passengers were 30 Egyptians, 15 French, two Iraqis, one Briton, one Kuwaiti, one Saudi, one Sudanese, one Chadian, one Portuguese, one Belgian, one Algerian and two Canadians.

Three of the passengers were children, two of them infants, EgyptAir said.