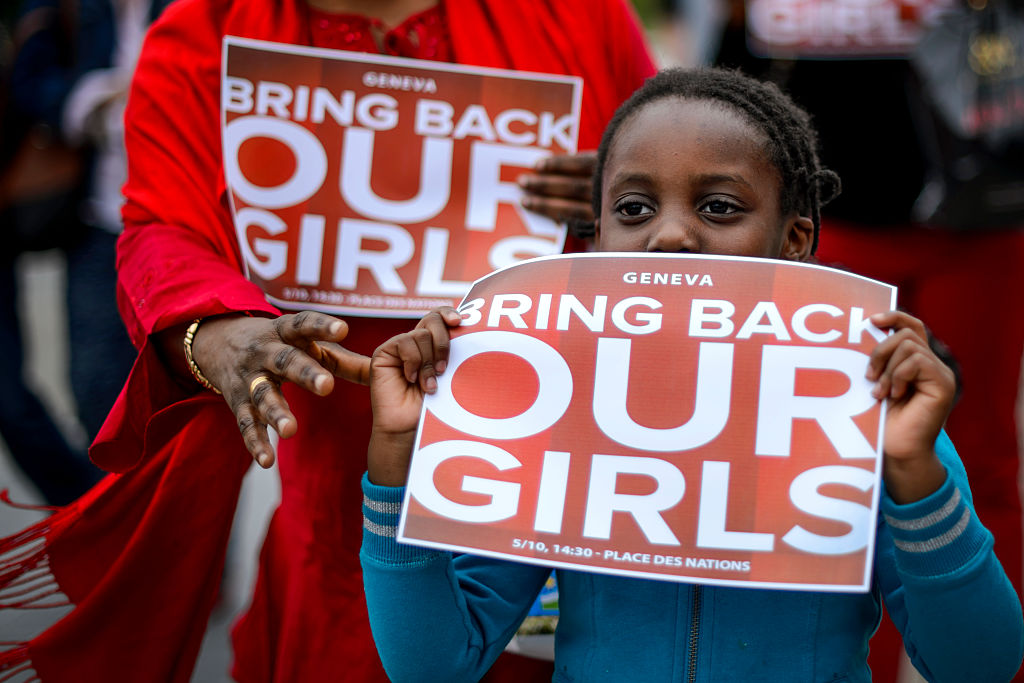 A Nigerian teenager kidnapped by Boko Haram more than two years ago has been rescued, the first of more than 200 girls seized in a raid on their school in Chibok town to return from captivity in the insurgents’ forest lair.

A parents’ association said she had been found by a vigilante group.

Activists named her as Amina Ali Darsha Nkeki and said she says her schoolmates are still in the Sambisa forest, Boko Haram’s biggest stronghold in the remote north.

Boko Haram captured a total of 276 girls from their school in Chibok, northeast Nigeria, in April 2014, part of a seven-year-old insurgency to set up an Islamic state in the north which has killed some 15,000 people and displaced more than two million.

Dozens of the girls escaped in the initial melee in 2014 but more than 200 remained unaccounted for.

Parents had accused former President Goodluck Jonathan, Nigeria’s leader at the time of the mass kidnap, of not doing enough to track them down and bring them home.

Ali’s rescue should give a boost to President Muhammadu Buhari, a former military ruler who had made crushing the Boko Haram insurgency a central pillar of his presidential campaign in 2015.

Activists at #Bringbackourgirls, which have been campaigning for the girls’ release, confirmed her release.

“She says all of the others are still in the Sambisa forest area. That they are heavily guarded,” the group said in a statement.

Hoses Tsambido, chairman of the Chibok Community in the capital Abuja, confirmed the discovery but did not provide details.

“Her name is Amina Ali Darsha. She was found yesterday in an area of Kulakasha at the fringes of Sambisa forest. Right now she is with the military in Damboa,” he told Reuters.

Lawan Zannah, secretary of an association of parents of the missing girls, said he saw Ali sitting in a military vehicle at the area commander’s residence in Chibok but he was not allowed to question her beyond exchanging greetings in their local language, Kibaku.

Zannah said he had first heard of Ali’s rescue from Yakubu Nkeki, chairman of the parents association, who had received a call from members of a vigilante group in Chibok saying they had found one of the missing girls.

“She was carrying a baby but I do not know whether it is a boy or girl,” Zannah told the Thomson Reuters Foundation by phone from Chibok.

The insurgents, who last year pledged loyalty to Islamic State, have kidnapped hundreds of men, women and children in their campaign to carve out a medieval Islamist caliphate in northeast Nigeria.

Under Buhari’s command and aided by Nigeria’s neighbours, the army has recaptured most territory once lost to Boko Haram but the group still regularly stages suicide bombings.