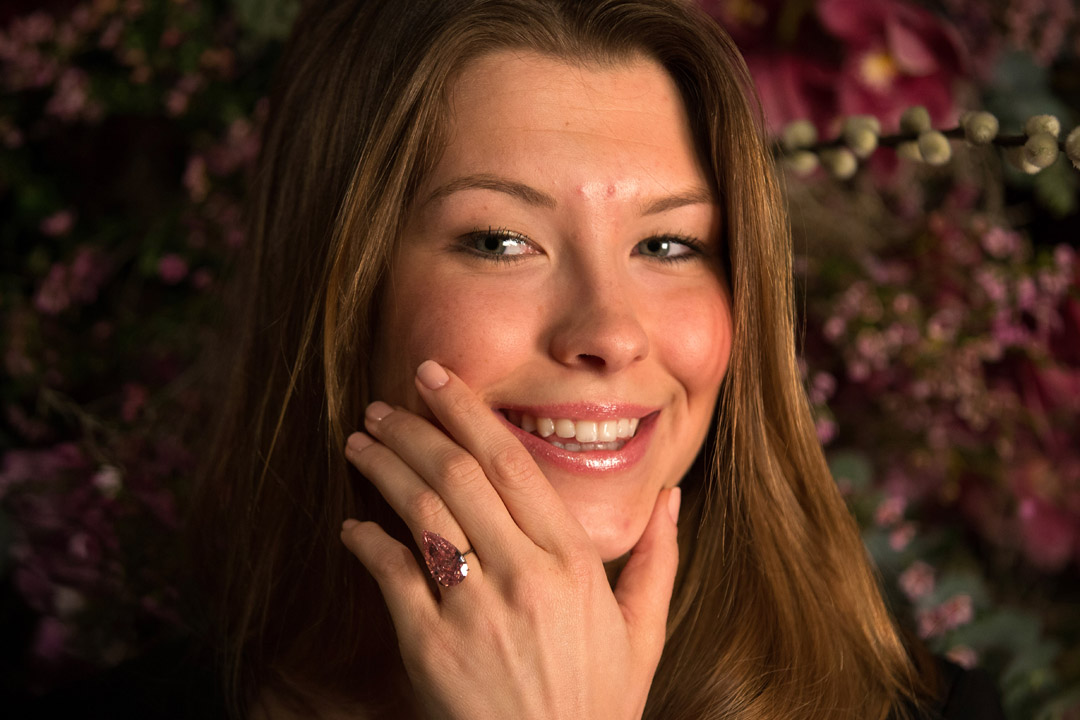 Pre-sale valuations had put it between $38 million and $52 million.

The lucky recipient was an Asian man bidding by telephone, according to Reuters.

The world record price for a fancy vivid pink diamond previously was held by ‘Sweet Josephine’, a 16.08 carat diamond that went for $38.8 million in November.

Overall, the Sotheby’s auction reeled in $239 million, also setting a world record for the highest loot of any jewellery sale.

Mr Bennett said there were a few stones that struggled to reach their reserve prices, while others, such as a British collection of jewels by French jeweller Cartier, more than doubled its price.

“We’ve made a great effort to put together a sale that we thought was suitable for this particular market which is strong for the right things,” he said.

“It seems to have paid off.”