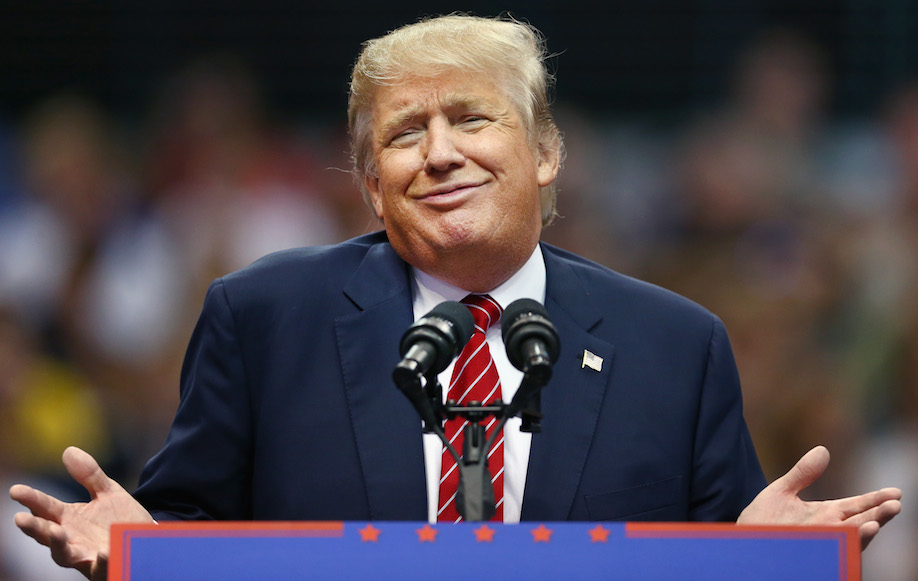 Presidential candidate Donald Trump is once again under scrutiny after a newly discovered interview from 1991 which suggests he posed as a spokesman in order to talk himself up to journalists.

The Washington Post uncovered the interview, conducted by reporter Susan Carswell for People magazine, and leaked it online on Saturday, accusing Trump of “masquerading as publicist to brag about himself”.

In the tape, a man who sounds very much like Trump, but who identifies himself as public relations representative John Miller, shares personal details about the billionaire businessman.

• I’m not scared of Trump: Julie Bishop
• Trump really could be America’s next president
• Support for Trump surges

“By the way, I’m sort of new here,” the man on the phone tells Carswell, describing himself as “somebody that he [Trump] knows and I think somebody that he likes and trusts”.

In the nearly 15-minute long interview, ‘Miller’ speaks about Trump’s recent divorce from wife of 12 years, Ivana Trump, the many famous women chasing after him and his newfound relationship with future wife, model Marla Maples.

Miller explains Trump is not yet ready to commit to a serious relationship with Maples and wants to date other women, including Italian-French model Carla Bruni.

“He really didn’t want to make a commitment,” Miller can be heard telling Carswell. “He’s coming out of a marriage, and he’s starting to do tremendously well financially.

“Have you met him?” Miller asks Carswell, “He’s a good guy, and he’s not going to hurt anybody. He is always going to treat her well as he treated his wife well. I mean, he paid his wife a great deal of money … he will treat Marla well.”

Miller goes on to discuss the various women he claims have a romantic interest in his “client”.

“He’s somebody that has a lot of options. Frankly, he gets called by everybody in the book in terms of women,” Miller says, steadfastly refusing to identify anyone by name.

For the rest of the interview, Miller goes into bizarre detail about everything from Trump’s divorce proceedings to Carla Bruni’s career trajectory.

Speaking to The Washington Post this week, Carswell recalled recognising Trump’s voice and seeking confirmation from colleagues and friends after the conclusion of the interview, who all confirmed it was the property mogul and not his PR rep.

Trump was reportedly known for using aliases with the media, also favouring the name ‘John Barron’. During a 1990 lawsuit, he even testified under oath that he used that name “on occasion”.

The Washington Post alleges that when its reporters asked Trump over the phone if he ever employed a John Miller, the line went dead and follow-up calls were sent through to his secretary.

In a phone interview with the Today show on Saturday, Trump denied the man in the recording was him.

“No, I don’t think it — I don’t know anything about it. You’re telling me about it for the first time and it doesn’t sound like my voice at all,” he said.

“I have many, many people that are trying to imitate my voice and then you can imagine that, and this sounds like one of the scams, one of the many scams — doesn’t sound like me.”

Tape find: Did Trump pose as someone else?