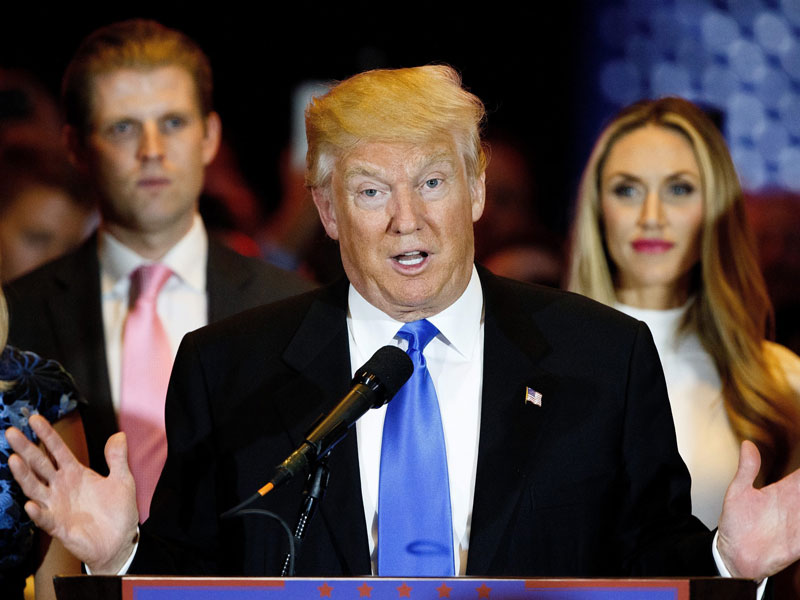 Presumptive Republican US presidential nominee Donald Trump and House of Representatives Speaker Paul Ryan have emerged from a meeting declaring they had taken steps toward healing fissures in the party but that differences remained.

A joint statement issued by the insurgent candidate and the leader of establishment Republicans cast a positive spin on a Thursday morning session aimed at getting to know each other better and searching for common ground as Trump sought to rally more party loyalists behind him.

“This was our first meeting, but it was a very positive step toward unification,” the statement said.

Party leaders are normally eager to rally around a presidential nominee to combine forces for the battle leading up to November’s general election.

But Ryan has withheld his endorsement of Trump out of concern over the billionaire businessman’s incendiary tone and policy ideas, which run counter to longtime Republican doctrine.

In remarks to reporters after the meeting, the congressman stopped short of endorsing the 69-year-old New Yorker but said he was encouraged by the session.

“There’s no secret that Donald Trump and I have had our differences. We talked about those differences today,” Ryan said at his weekly news conference.

“I do believe we are planting the seeds in getting ourselves unified.”

Ryan, who may harbour aspirations of running for president in 2020 or later, noted that he represents a wing of the conservatives and that it is positive that Trump is bringing new voters into the party.

“The point, though, is: Can we agree on the common core principles that unite all of us?” Ryan said.

After their private session, mediated by Republican National Committee (RNC) Chairman Reince Priebus, Trump and Ryan then attended a wider meeting with other Republican leaders.

Ryan, 46, of Wisconsin, is the nation’s top elected Republican and is seen as a leader of the party establishment that has resisted Trump’s candidacy.

Outside the RNC headquarters, a knot of protesters took advantage of the heavy news media presence to denounce Trump and the Republican Party with chants and signs that said “the GOP, Party of Trump.”

A Ryan endorsement would help Trump and the party move past an increasingly awkward phase during which Republican officeholders and congressional candidates have publicly struggled with the decision of whether to get behind the New York real estate developer.

Trump’s campaign, however, has suggested Ryan’s support is not essential, pointing to the more than 10 million votes Trump has received in party nominating contests.

Full support by leading party figures such as Ryan would also help Trump build the kind of campaign infrastructure and fundraising operation he may need to compete against the likely Democratic nominee, Hillary Clinton, 68, in the November 8 election.