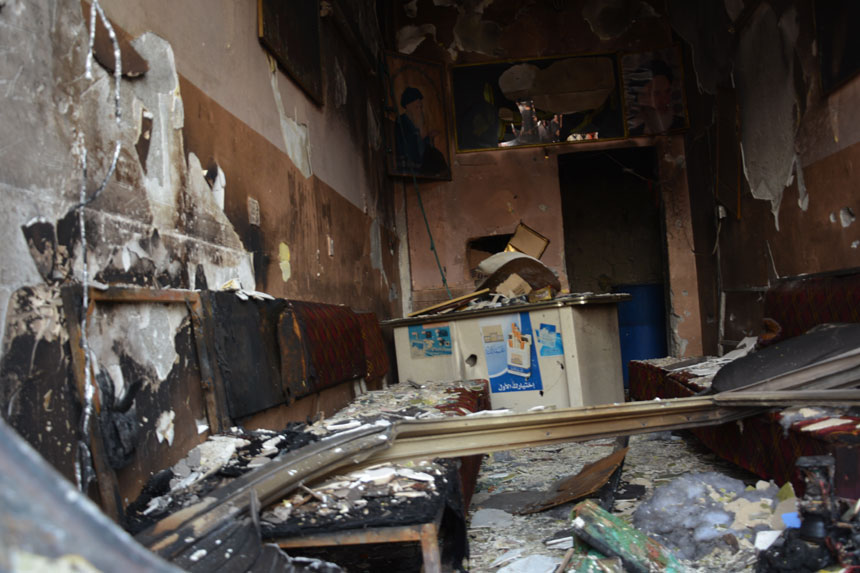 Three suicide bombings across Baghdad claimed by Islamic State have killed at least 80 people, Iraqi police and hospital sources say, in the deadliest attacks in the Iraqi capital this year.

In Wednesday’s first attack, a suicide car bomb at a bustling market in the Shi’ite Muslim area of Sadr City, killed 55 people during morning rush hour and wounded 68.  Two more blasts struck at the end of the working day.

A suicide bomber stormed a security checkpoint leading into Kadhimiya, a northwestern area housing one of the holiest sites in Shi’ite Islam, killing 17 and wounding more than 30.

Another bomb went off at a checkpoint on a commercial thoroughfare in a predominantly Sunni district of western Baghdad, killing eight and wounding 20.

A pickup truck packed with explosives in Sadr City went off near a beauty salon in a bustling market.

Many of the victims were women including several brides who appeared to be getting ready for their weddings, the sources said.

The bodies of two men said to be grooms were found in an adjacent barber shop.

Wigs, shoes and children’s toys were scattered on the ground outside. At least two cars were destroyed in the explosion, their parts scattered far from the blast site.

Rescue workers stepped through puddles of blood to put out fires and remove victims.

Smoke was still rising from several shops hours after the explosion as a bulldozer cleared the burnt-out chassis of the vehicle used in the blast.

Islamic State said in statements circulated online by supporters that a car bomb had aimed at Shi’ite militia fighters gathered in the area and two fighters wearing explosive vests targeted security forces in the later attacks.

Security has gradually improved in Baghdad, which was the target of daily bombings a decade ago, but violence against security forces and Shi’ite Muslim civilians is still frequent.

The fight against Islamic State, which seized about a third of Iraq’s territory in 2014, has exacerbated a long-running sectarian conflict in Iraq mostly between Sunnis and the Shi’ite majority that came to power after the US-led invasion in 2003.

Such violence threatens to undermine US-backed efforts to defeat the militant group.

Wednesday’s bombings could also intensify pressure on Prime Minister Haider al-Abadi to resolve a political crisis that has crippled the government for more than a month.

Since 2014, Iraqi forces backed by US-led air strikes have driven the group back in the western province of Anbar and are preparing for an offensive to retake the northern city of Mosul.

A spokesman said on Wednesday Islamic State had lost two-thirds of the territory seized by the militants in 2014.