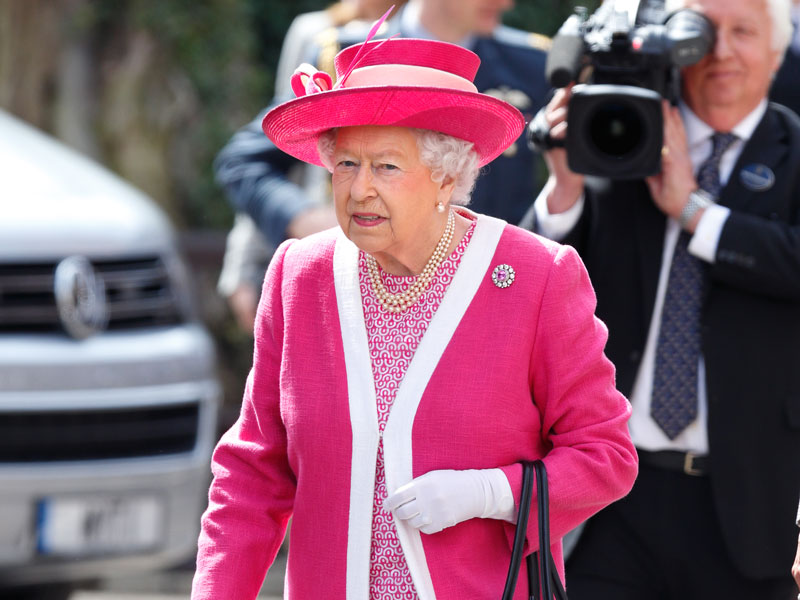 Queen Elizabeth has penned a letter of condolence. Getty

Queen Elizabeth has been caught on camera describing the behaviour of Chinese officials who recently visited the United Kingdom as “very rude” and “extraordinary”.

The monarch told London police commander Lucy D’Orsi that Barbara Woodward, the British ambassador to China, was treated poorly by Chinese officials during the state visit of president Xi Jinping in October 2015.

“They were very rude to the ambassador,” Queen Elizabeth said during a Buckingham Palace garden party on Wednesday. The footage was captured by a pool cameraman working on behalf of all UK broadcasters.

The Queen was responding to comments from Commander D’Orsi and Earl Peel, the current Lord Chamberlain of the royal household. The three shared the same dim view of an alleged incident at a Foreign Ministry office when the officials threatened to call off the visit.

Queen Elizabeth remarked “Oh, bad luck” when Lord Chamberlain introduced Commander D’Orsi as the police officer who was “seriously, seriously undermined” by the Chinese while serving in her capacity as head of security for the Chinese president’s visit.

“I’m not sure whether you knew, but it was quite a testing time for me,” Commander D’Orsi can be heard telling the Queen.

“It was … I think at the point that they walked out of Lancaster house and told me that the trip was off, that I felt …”

Queen Elizabeth interjected to say the officials were “very rude” to her ambassador.

“They were,” Commander D’Orsi agreed. “Barbara [Woodward] was with me and they walked out on both of us.”

“Extraordinary,” was the Queen’s reply.

“It was very rude and very undiplomatic, I thought,” Commander D’Orsi said.

The conversation did not clarify the cause of the incident. A distinct possibility is that it related to the United Kingdom’s criticism of China’s role in the Spratly Islands dispute.

China has been criticised by the United Kingdom, the USA and other western powers for its military presence in the contested archipelago, and for constructing an artificial land mass near the islands.

Another possibility is that the Chinese officials were angered by Prince Charles’ deliberate absence from a state banquet with President Xi Jinping. The Prince of Wales has long been a critic of China’s human rights record, and is a vocal supporter of exiled Tibetan ruler, the Dalai Lama.

A spokeswoman for the Queen said: “We do not comment on the Queen’s private conversations. However, the Chinese state visit was extremely successful and all parties worked closely to ensure it proceeded smoothly.”

During President Xi Jinping’s four-day visit to the United Kingdom last year, Queen Elizabeth spoke of an “everlasting friendship” between the two countries.