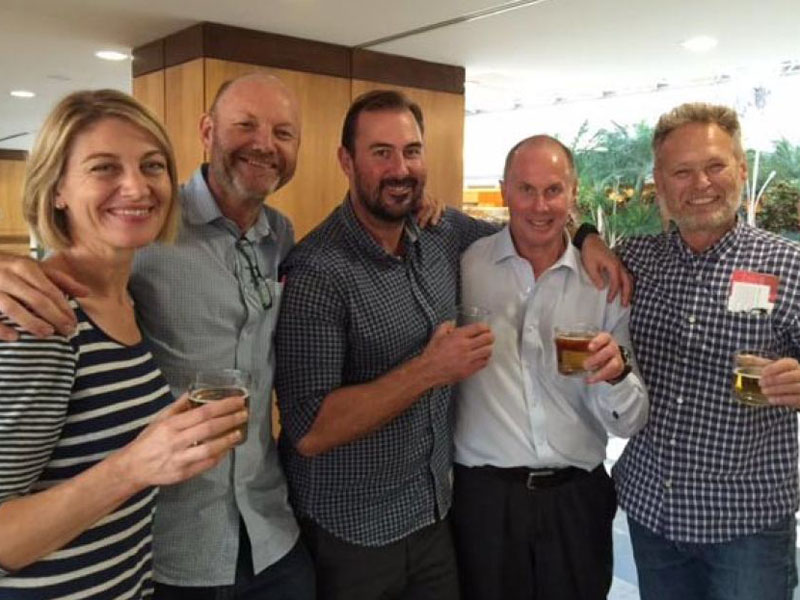 Nine Network reporter Michael Usher has admitted “we made mistakes” in a 60 Minutes report about his colleagues’ detainment in Lebanon over a botched kidnapping attempt.

The four-person Nine crew and Brisbane mother Sally Faulkner were held in detention for nearly two weeks after being accused of being involved in an operation with a child recovery team to snatch Ms Faulkner’s children from her estranged husband Ali Elamine in Beirut.

On Wednesday, a deal was struck with Mr Elamine to get the five Australians released from prison on bail, and the crew returned to Australia on Thursday.

“In the past two weeks we’ve been limited in what we could say about Australian mum Sally Faulkner and our crew detained in Beirut … there’s one thing we want to state very clearly from the outset — we made mistakes,” Mr Usher said.

He said a review into the editorial approval of the story and the actions of the crew in Beirut began on Friday, and added “it was a failure which ended very badly for everyone involved”.

But reporter Tara Brown, who was detained along with her crew and Ms Faulkner, maintained they were “just journalists doing our job”.

Ms Brown said she thought “reason would prevail” after she and her crew Benjamin Williamson, David Ballment and Stephen Rice were detained.

“I really thought we’re journalists, we’re doing our job, they will see reason, they’ll understand that,” she said.

“That we are here just to do a story on a very, very desperate mother.”

Ms Faulkner said she had moments where she wanted to burst into tears after saying goodbye to her children Lahela, 5, and Noah, 3, following the weeks spent in the Beirut prison.

The Australian Family Court had granted Ms Faulkner full custody of Lahela and Noah but she gave up that right in exchange for Mr Elamine dropping abduction charges against her and the TV crew.

Ms Faulkner stayed behind until Friday to say goodbye to her eldest children, and although she has now been reunited with her new partner Brendan Pierce and their three-month-old son Eli, she said she was numb.

“Lahela, she looked at me and she said ‘mummy take my ring’, she gave me her little ring, she said ‘so you don’t forget me’,” she said.

Ms Faulkner and the 60 Minutes crew could still face possible criminal charges — and Nine remains under pressure for apparently paying nearly $70,000 to the child recovery team.

Lawyers have provided the court with a document purporting the payment, showing TCN Channel Nine paid the head of Child Abduction Recovery International, Adam Whittington, in January for his investigation into the missing children.

Mr Whittington and his three contractors remain in custody in Lebanon over the incident, and his lawyer Joe Karam said he wished Channel Nine had included his clients in the deal reached on Wednesday, given they were funded by the television network.

On Friday, Prime Minister Malcolm Turnbull said the corporate watchdog might be interested in Nine’s efforts to release its crew from prison.

“It doesn’t matter who you are or who you work for, when you are overseas — if you’re an Australian — you must obey the laws of the country in which you were visiting,” he said.

“Nobody is above the law.”