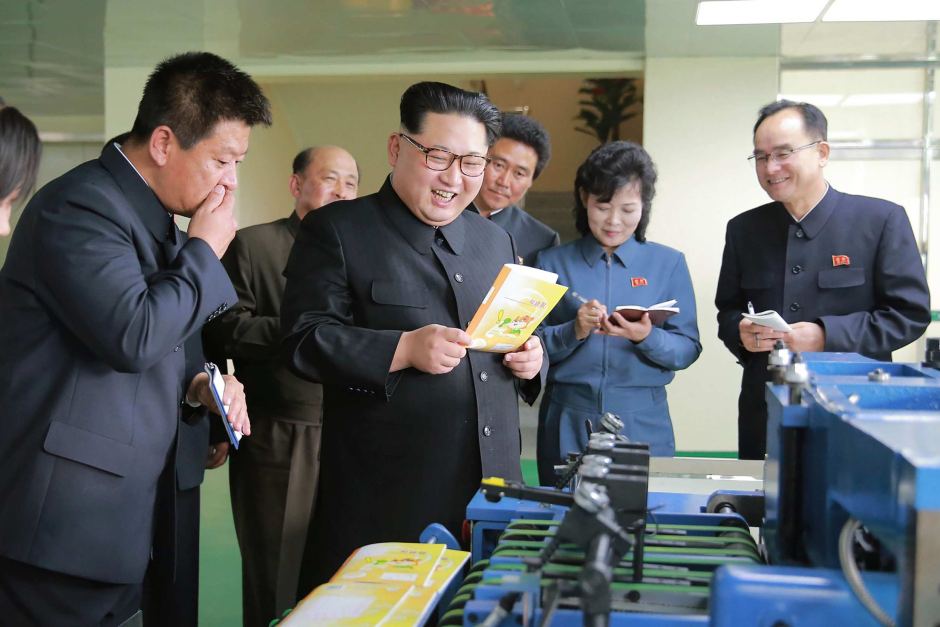 North Korea’s foreign minister says his country is ready to halt its nuclear tests if the US suspends its annual military exercises with South Korea.

He also defended the country’s right to maintain a nuclear deterrent and warned that North Korea won’t be cowed by international sanctions.

• Tony Abbott: ‘I made mistakes’
• Australia is a ‘laughing stock’
• Grand Mufti to sue News Corp?

And for those waiting for the North’s regime to collapse, he had this to say: Don’t hold your breath.

Foreign Minister Ri Su Yong, in his first interview with a Western news organisation, held firm to Pyongyang’s longstanding position that the US drove his country to develop nuclear weapons as an act of self-defence.

At the same time, he suggested that suspending the military exercises with Seoul could open the door to talks and reduced tensions.

“If we continue on this path of confrontation, this will lead to very catastrophic results, not only for the two countries but for the whole entire world as well,” he said, speaking in Korean through an interpreter.

“It is really crucial for the United States government to withdraw its hostile policy against the DPRK and as an expression of this stop the military exercises, war exercises, in the Korean Peninsula. Then we will respond likewise.”

He used the acronym for North Korea’s official name, the Democratic People’s Republic of Korea.

Ri, who spoke calmly and in measured words, a contrast to the often bombastic verbiage used by the North’s media, claimed the North’s proposal was “very logical.”

“Stop the nuclear war exercises in the Korean Peninsula, then we should also cease our nuclear tests,” he said, during the interview, conducted in the country’s diplomatic mission to the United Nations.

If the exercises are halted “for some period, for some years,” he added, “new opportunities may arise for the two countries and for the whole entire world as well.”

Ri’s comments came just hours after North Korea test-fired a ballistic missile from a submarine in its latest show of defiance as the US-South Korea exercises wind down.

He referred to the launch in the context of current tensions caused by the military exercises.

“The escalation of this military exercise level has reached its top level. And I think it’s not bad – as the other side is going for the climax – why not us, too, to that level as well?”

It is extremely rare for top North Korean officials to give interviews to foreign media, and particularly with Western news organisations.

North Korea to halt nuclear tests if US ends drills