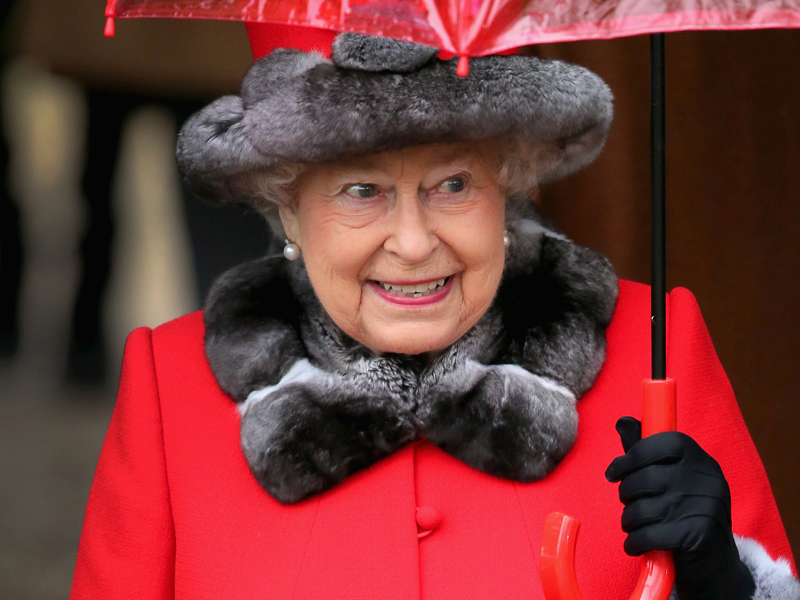 Sixty-five years ago tomorrow, a newly wed princess learned while visiting Kenya that her beloved father had died and she had ascended to the throne. Photo: Getty

The first visit to Australia by Queen Elizabeth took place in 1954, the year after her Coronation. When the Royal yacht Brittania docked in Sydney Harbor and the Queen walked down the gangplank, Australia seemed to explode.

One radio commentator roared into his microphone: “The Queen is ACTUALLY STANDING ON AUSTRALIAN SOIL!”, and the next day the Sun News-Pictorial in Melbourne whacked a huge headline on its front page: “The Greatest Day In Australia’s History”.

A few days later your correspondent, then a 10-year-old schoolboy, was among crowds of other excited schoolmates, cheering hysterically, when the Queen floated past in an open car nosing its way down Virginia Street, Newtown, Geelong.

Through all their excitement, there was much discussion among these rather scruffy future citizens as to how the heavily powdered Queen was nevertheless forced not only to wave to the schoolboys, but also, in the same motion, constantly brush away the hordes of Australian bush flies. Being ten-year-old boys, there was, shamefully, laughter.

By the time of the next royal visit by the Queen, 1963, your correspondent was now the esteemed “copy boy” at the Melbourne Herald. Still too junior and unqualified to actually cover such an important news event, he nevertheless noticed with interest on the television coverage that this time the Queen seemed untroubled by the bothersome Australian flies.

On further investigation it was revealed that the royal party had received assistance from an unexpected source when they had first arrived in Canberra. A humble scientist at the CSIRO, Mr Doug Waterhouse, aware of the problem in the past, had sent to the royal minders a substance whose main ingredient was N-diethyl-meta-toluamide, which was intended to repel flies and other insects.

However, no-one in the royal entourage was emboldened enough to spray any such matter on the Queen herself. Some of the staff did experiment with the product themselves though, and found it to be instantly and thoroughly effective.

There are various versions of this story, but one way or another, the Queen was eventually sprayed with the substance and the problem of the Australian Flies During Royal Visits was gone forever. The Queen has now completed 16 visits to Australia.

And Doug Waterhouse’s product eventually became the Mortein product Aerogard. They simply asked Mr Waterhouse for his product, and he obliged. That was the CSIRO policy of the time.

Mr Doug Waterhouse went on working at the CSIRO as chief entomologist and later died at 84. He was said to be a humble and happy man with a streak of larrikinism.

Your correspondent was able to see the Queen untroubled by flies just one more time. By 1971 he was working in the Foreign Department of The Times, London, and one day the editor of The Times, Sir William Rees-Mogg, asked a favour of the young Australian man. Could he possibly, asked Sir William, deputise for the editor by attending a garden party at Buckingham Palace.

Your correspondent tumbled into his 1959 Hillman Husky wagon and purred up to Buckingham Palace where he was directed to the garden party and found himself in the company of 20 or so black African gentlemen in tribal gear, some carrying spears. Each was around the height of Aaron Sandilands, or so it seemed.

It was, it turned out, a celebration to honour the Ambassadors and High Commissioners from African countries resident in London. They had been requested to wear tribal gear.

All those present were required to form a circle, including your correspondent, by the only other white man present, a royal minder. The Queen and Prince Philip then arrived, stepped inside the circle and moved in opposite directions to each other around the circle, shaking hand with each gentleman.

Your correspondent noticed with satisfaction that no flies were pestering the royal couple, probably because it was England, not Australia.

The Queen arrived at your correspondent, gave him a puzzled look, whereupon he humbly explained “I’m from The Times, Your Majesty”. The Queen, rather charmingly, gave him a winning smile and said something like: “Oh, well I don’t need to talk to you then.”

Upon which Prince Philip arrived, gave a similar puzzled look to your correspondent, and then said “Doctor Livingstone I presume?”

This is how the Queen ‘invented’ Aerogard