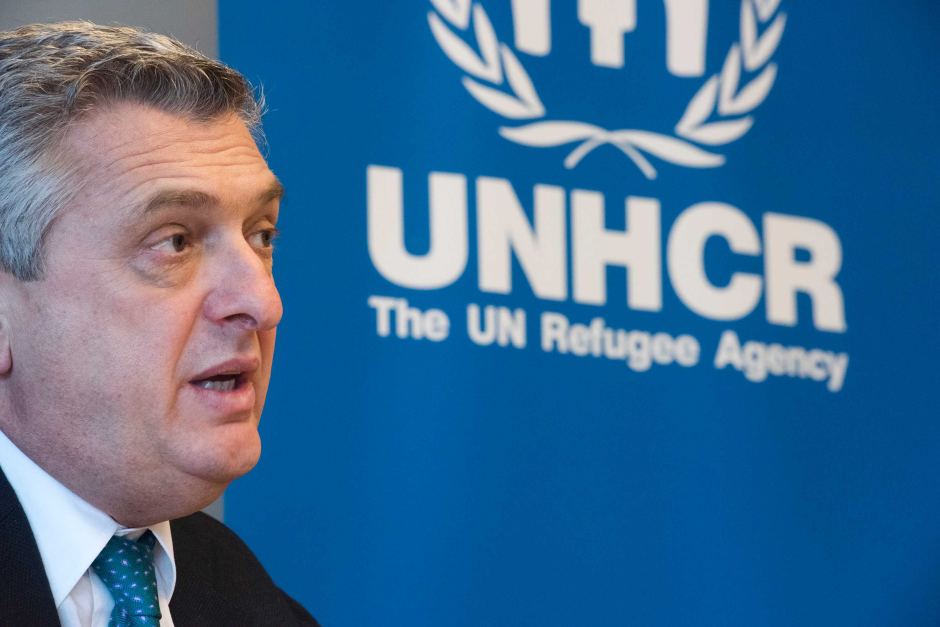 Up to 500 asylum seekers might have drowned in the Mediterranean last week when human traffickers crammed people onto an already overcrowded ship, causing it to sink, the UN refugee agency says.

If confirmed, it would be the worst such tragedy in 12 months and bring the total number of drownings in the southern Mediterranean to nearly 800 so far this year.

The UNHCR agency said 37 men, three women and a three-year-old child had survived the disaster after being rescued by a merchant ship.

The group, which was brought to Greece on April 16, included Somalis, Ethiopians, Egyptians and one Sudanese.

The survivors recounted that they had been among 100 to 200 people who had set sail from Libya last week headed for Italy.

After several hours at sea, the traffickers tried to move them onto a bigger ship that was already packed with asylum seekers.

This ship sank before the survivors could board it.

An Ethiopian man named Mohamed told the International Organisation for Migration (IOM) that his wife, two-month-old child and brother-in-law had died in the sinking.

“The boat was going down, down. All the people died in a matter of minutes,” the IOM quoted him as saying.

“After the shipwreck we were drifted at sea for a few days, without food, without anything.”

UNHCR spokesperson William Spindler said the eyewitnesses estimated up to 500 people might have perished.

“We don’t know exactly how many were there on that boat and they have now disappeared from the face of the earth,” he said.

“This is another example of what is happening almost on a daily basis in the Mediterranean.”

The Somali Government said on Monday it believed some 200 of the dead were from Somalia.

It also said the capsized boat had originally set sail from Egypt.

News of the disaster emerged on the first anniversary of one of the worst disasters in the Mediterranean, when an estimated 800 asylum seekers drowned off the Libyan coast after the fishing boat they were sailing in collided with a mercantile vessel that had been attempting to rescue them.

Some 150,000 migrants reached Italy by boat in 2015, the vast majority sailing from Libya.

So far this year, about 25,000 people have arrived, an increase of 4.7 per cent over the same period last year, according to Interior Ministry data.

Up to 500 asylum seekers may have drowned