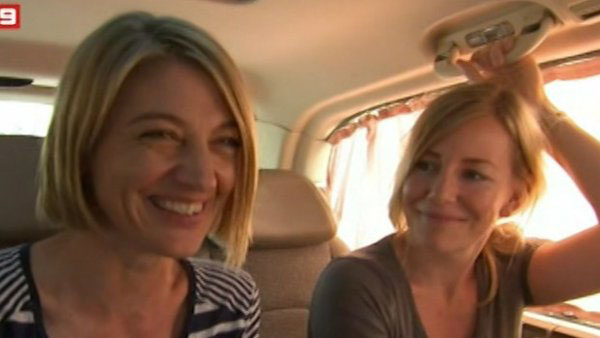 As the freed 60 Minutes crew fly home to their families after two weeks held in a Beirut prison, Nine Network CEO Hugh Marks has announced an urgent review into “what went wrong” in the 60 Minutes child abduction saga.

Mr Marks also told staff the release of the crew was an “enormous relief”.

The review will “ascertain what went wrong and why our systems, designed to protect staff, failed to do so in this case”, Mr Marks said in the email.

Overnight, a Lebanese judge released Australian mother Sally Faulkner and the Nine Network crew on bail after Ms Faulkner’s estranged husband dropped all charges against them.

Reports say that a six-figure bail payment by the Nine Network was exchanged for their freedom as the five Australians were released into the custody of the Australian Embassy.

But, later on Thursday, Prime Minister Malcolm Turnbull sternly cautioned those travelling overseas that “no matter who you are and what you do” the laws must be obeyed overseas.

By about 9am Thursday (AEST) the four 60 Minutes crew were on their way home and had landed in Dubai for a stopover and were expected to land in Sydney by the evening. Ms Faulkner will be staying in Beirut for a custody hearing with her estranged partner and father of their children, Ali al-Amin.

However, reports suggested Lebanese prosecutors could still bring charges against the 60 Minutes team and the children’s mother, Ms Faulkner, at a later date, possibly after they fly out of the Middle Eastern country.

The release deal was struck with the children’s father Mr al-Amin before a court hearing on Wednesday evening (AEDT) where Ms Faulkner and the TV crew faced a judge.

The group flew out of Beirut airport on Thursday morning (AEST), but could be asked to return if the state lodges criminal charges.

Speaking to the Nine Network immediately after her release Ms Faulkner said she was glad to be leaving Lebanon.

“They treated us well, we can’t complain about that. But it’s the uncertainty that kept me awake at night, not knowing if it was going to be our life-long sentence or what,” she said.

Ms Brown told the Nine Network she was “ordered to call home straight away”.

“I had a chance to say hi to [husband] John … but not the kids yet. I can’t wait to speak to them although they have no idea about any of this,” she said.

Mr Marks insisted the team went into the operation with good intentions.

“It is important to reiterate that at no stage did anyone from Nine or 60 Minutes intend to act in any way that made them susceptible to charges that they breached the law or to become part of the story that is Sally’s story.”

“But we did become part of the story and we shouldn’t have.”

Mr Marks also released a public statement saying the program will continue to highlight the issue of child abduction which was “profoundly in the public interest”.

“We will task the review with recommending the necessary actions to ensure that none of our colleagues are put in a similar position in the future,” he said in the statement.

“What has happened to Sally happens all too often and affects thousands of Australian families.

“It is a story that not only is profoundly in the public interest but also one the public is interested in. It’s an issue that we will continue to highlight.”

A spokesperson for the Department of Foreign Affairs and Trade said “we are pleased to hear news of the release of Ms Faulkner and the four 60 Minutes crew members on bail”.

“It is premature to comment on how soon the released Australians will be able to depart Lebanon, or any conditions attached to their release,” the spokesperson said.

The five Australians were arrested and imprisoned two weeks ago after men reportedly acting on orders from Ms Faulkner seized her children, Lahela, 6, and Noah, 4, from a Beirut Street as they were walking with their Lebanese grandmother.

A lawyer told reporters that despite the five Australians being free to leave Lebanon, they could still be tried on criminal charges in their absence at a latter date.

The deal with Mr al-Amin was reached as an out-of-court settlement, seemingly in exchange for him withdrawing accusations against his estranged wife and the 60 Minutes crew.

Before the compensation deal was confirmed, reports suggested a condition of the detainees’ release would be that Ms Faulkner forfeited custody of her children to Mr al-Amin.

A spokesperson for Channel Nine told The New Daily no formal comment would be made by the network until the crew is on its way home.

Mum may get visitation rights

Mr al-Amin told reporters outside court following the hearing that it had been the most stressful thing he’d experienced.

“They [the children] carry on with their regular lives … Yeah, just we’ll figure out something with Sally and we’ll get something.”

Mr al-Amin confirmed he would be trying to negotiate an arrangement where Ms Faulkner could spend time with her children.

“She can come to Lebanon and if she cannot come she will, they will be able to see, they will decide together which country she will visit,” he said.

The accused had faced charges of kidnapping and being members of a criminal gang, which could attract maximum sentences of up to three years and 10 years respectively.

Adam Whittington, a joint British-Australian national, and Craig Michael, a British national who came in from  Cyprus — both employees of CARI (Child Abduction Recovery International) — as well as two Lebanese local employees hired as freelancers for the 60 Minutes job, are still facing charges.

Lawyer Joe Karam said the Nine Network had hired his clients, Mr Whittington and Mr Michael, and should have included them in the agreement.

“They came here based on instructions from Channel Nine, who paid for their trip and let’s say program or plan, and they were altogether arrested in this case of child abduction,” he said.

“My client believed that he was assisting a mother to help get back her children. She had a court order from Australia.

“I would have preferred that Channel Nine to push and include in their settlement the people they paid to help them in this process, in this plan.”

The pair will appear before the judge again on Thursday (AEST) and Mr Karam said he was hopeful they would be released on bail then.