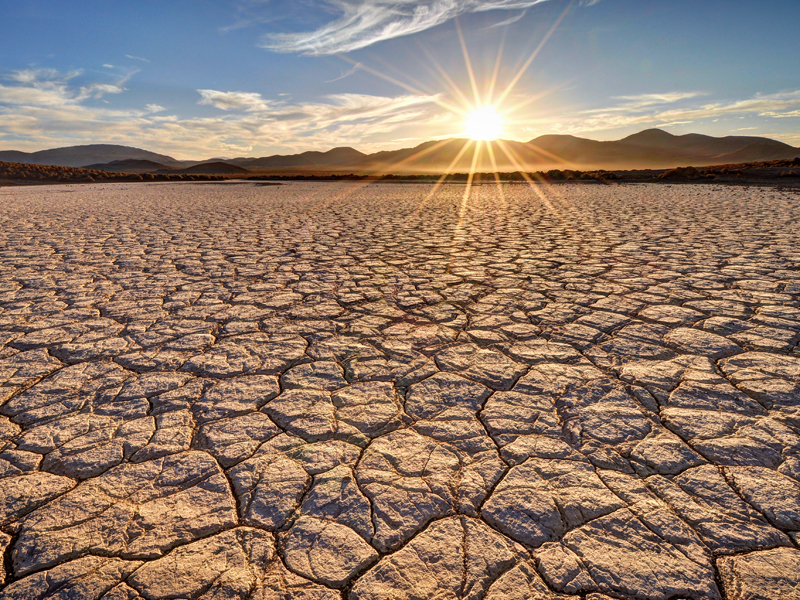 Our planet suffered the hottest March on record and the biggest monthly increase ever, according to new data.

The average global temperature across land and sea last month was 13.92 degrees Celsius, the US National Oceanic and Atmospheric Administration (NOAA) reported on Wednesday.

This was .38 degrees warmer than March 2015, making it the biggest increase between comparable months since records began in 1880. It is the 11th month in a row to break temperate records — a worrying trend that experts predict will make 2016 the hottest year on record.

• Almost all of the Great Barrier Reef bleached
• ‘We’re losing the battle on climate change’: Q&A
• The biggest surprise from the Paris climate meeting

“Overall, the nine highest monthly temperature departures in the record have all occurred in the past nine months. March 2016 also marks the 11th consecutive month a monthly global temperature record has been broken, the longest such streak in NOAA’s 137 years of record keeping,” the NOAA reported.

Climate Change Research Centre director Professor Andy Pitman said the result was further proof humanity had crossed a point of no return – that 20 years of warming is now unavoidable – and that world governments must react as if the planet was being invaded to prevent further harm.

“There is a line in the sand and it was about 1995. I’m not popular amongst some in the community for saying that, they say it’s defeatism,” Prof Pitman told The New Daily.

“There is still a possibility of limiting warming to below two degrees, but that requires global action immediately in the way that if there is an invading army you respond immediately.

“Global warming is a serious threat and the response of governments around the world is inadequate and we will regret that. We already are regretting that.”

Prof Pitman said he expected monthly temperature records to be broken throughout 2016, resulting in it being declared the hottest year on record, followed by a lull in 2017-18 and then new records in 2019 and beyond.

The expert’s prediction of a lull in the next two years was based on a lack of an extreme El Nino weather pattern in those years.

But he said this lull should not be interpreted as proof that extreme temperatures are merely cyclical.

“I expect most of the months this year to set records, but then in subsequent years, you really need to think about it like a staircase. Imagine you take a big step up, four or five steps horizontally and then a big step up. It works like that,” Prof Pitman said.

“For periods of time, global temperatures cool for a little bit, but each time it cools, it cools by less than it went up in the four or five years before.”

An example is the year of the ‘super’ El Nino of 1998, widely believed to be of equal severity as this year’s El Nino.

“Irrespective of what some people might think, it is as certain that global warming is causing the trends as it is that evolution explains the biodiversity we see about us.”

University of Canberra’s Professor Colin Butler, a researcher on the social impact of climate change, said he was dismayed by the stream of broken temperature records, as he had tried and failed to warn of the problem for 25 years.

“I’ve almost given up. What can you do?”

The expert predicted global “social collapse” through war, sea level rise and population displacement within 50 years if the problem persisted. He pointed to the Syrian civil war and mass migration in western Africa as examples of this potentially climate-caused conflict.

“If we keep going the way we’re going, I don’t know if we’re going to have civilisation in 50 years,” Prof Butler said.

“I don’t think there’s any point keeping my thoughts to myself or burying them in journal articles.”