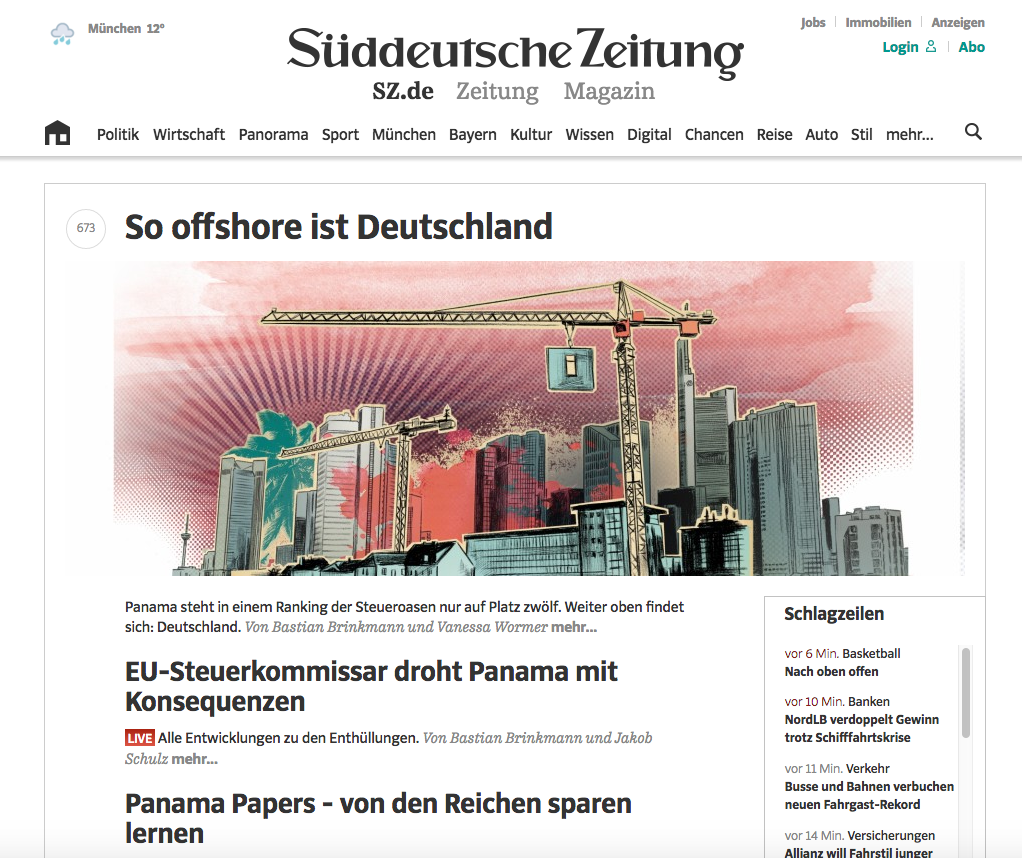 The German newspaper that first obtained the so-called Panama Papers, a vast trove of documents on offshore companies, says it won’t publish all the files, arguing that not all are of public interest.

Sueddeutsche Zeitung received the documents from an unidentified source more than a year ago and shared at least parts of them with dozens of other media outlets around the world.

Since the first reports were published on Sunday, prominent politicians, celebrities and businesspeople have had their offshore business dealings dragged into the spotlight, prompting a flurry of public outrage, official investigations and fierce denials from some of those named.

Sueddeutsche Zeitung said the complete set of 11.5 million documents “won’t be made available to the public or to law enforcement agencies. That’s because the SZ isn’t the extended arm of prosecutors or the tax investigators”.

Authorities have legal powers to obtain such documents from those suspected of wrongdoing, and in many cases there’s no public interest in revealing companies’ or individuals’ offshore business dealings, the Munich-based paper said on Thursday.

The documents relate to Panamanian law firm Mossack Fonseca, which helps create shell companies for the world’s rich and famous. The firm said it has filed a criminal complaint alleging that the data was stolen in a hacking attack.

Sueddeutsche Zeitung said it didn’t know how the anonymous source obtained the data, but that he or she had expressed “a very strong moral impulse” and wanted to make “these crimes public”.

Panama’s government on Wednesday accused wealthy nations of unfairly attacking the Central American country while ignoring their own failings.

President Juan Carlos Varela said an international committee of experts would be created to recommend ways to boost transparency in the Central American country’s offshore financial industry. Experts say that while offshore companies can be used for tax evasion and money laundering, there are also legitimate and legal grounds for creating them.

German MPs said on Thursday they plan to hold an urgent debate on the offshore leaks next week.

“The revelations in the Panama Papers have triggered a broad discussion among politicians and the public about necessary consequences,” said Christine Lambrecht, an MP for the Social Democratic Party that is part of Chancellor Angela Merkel’s governing coalition.

Responding to readers’ queries about the absence of prominent German or American politicians in the reports, Sueddeutsche Zeitung said such names haven’t yet been found in the documents.

It said the documents include copies of the passports of 200 Americans, and about 3500 shareholders in offshore companies listed addresses in the US.

“One possible reason why comparatively few Americans appear in the documents could be that US citizens have no reason to contact a law firm in Panama,” the paper said.

“That’s because offshore companies can easily be created in US states such as Wyoming, Delaware or Nevada.”