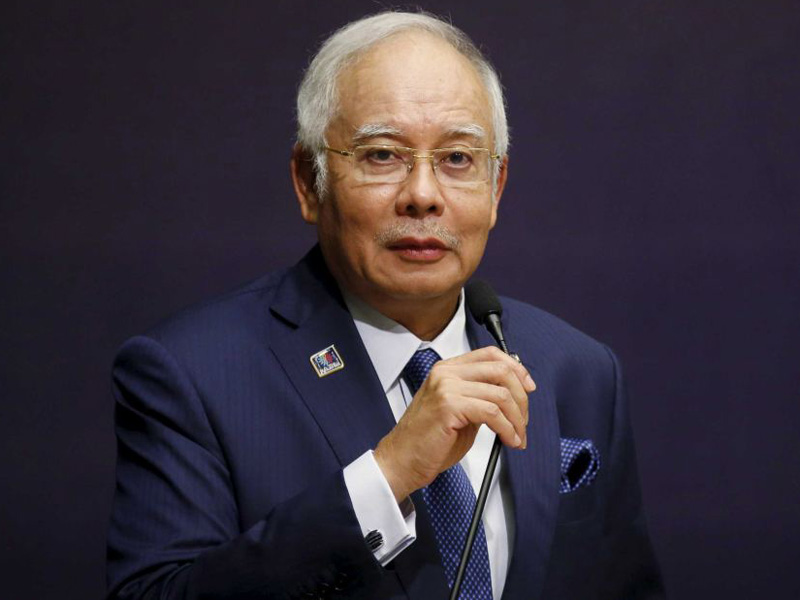 The former Malaysian attorney-general had put in place a plan to lay criminal charges of misappropriation against the Prime Minister Najib Razak before he was suddenly removed from office last year, the ABC’s Four Corners confirmed.

Abdul Gani Patail informed several senior officials on July 23, 2015 of his plan to confront Mr Razak at a cabinet meeting scheduled for July 29.

But a high-level source with direct knowledge of the affair said the plan was leaked and both Mr Patail and the deputy prime minister of Malaysia, Muhyiddin Yassin – who would have replaced Mr Razak – were sacked.

A Four Corners investigation which aired on Monday night also broadcast new details regarding the payment of hundreds of millions of dollars into Mr Razak’s personal bank accounts, which he has not accounted for.

The ABC investigation made global headlines earlier this month when the Four Corners team were arrested trying to question Mr Razak about his extraordinary personal finances.

There are currently at least four international investigations into billions of dollars that have allegedly leaked out of Malaysia’s sovereign wealth fund, 1 Malaysia Development Berhad (1MDB). The Malaysian Prime Minister chairs the fund’s advisory board.

The Swiss Attorney-General has announced that its investigation has uncovered a “sum suspected to have been misappropriated [which] amounts to around USD 4 billion”.

“The criminal investigation conducted by the Office of the Attorney-General of Switzerland (OAG) has revealed serious indications that funds have been misappropriated from Malaysian state companies,” the Swiss Attorney-General said.

“So far four cases involving allegations of criminal conduct and covering the period from 2009 to 2013 have come to light … each involving a systematic course of action carried out by means of complex financial structures.”

The controversy engulfed the Malaysian Prime Minister last year when it was revealed that an unnamed donor from the Middle East had deposited more than $US680 million into his account.

In January, Mohamed Apandi Ali, the new Malaysian Attorney-General, said $US620 million of this money was a “donation” from Saudi Arabia which was subsequently repaid, and that Mr Razak’s account was closed.

He also shut down an investigation by Malaysia’s anti-corruption agency into the affair.

But Four Corners has seen bank records which show other deposits between 2011 and 2014 from mysterious individuals and companies both in Malaysia and overseas via both wire transfers and in cash.

The records show that in mid 2013 the bank opened three new accounts in the Prime Minister’s name, as well as regular pledges of money from a Saudi prince, including a promise of 50 million British pounds ($A94 million) as late as June 2014.

He told Four Corners there was no legitimate reason for a Malaysian political leader to have such large volumes of money.

“This is wrong, this is totally wrong,” he said.

“A prime minister of Malaysia should never have that amount of money in his private account, if he has … it must have come through some undesirable activity.”

Government ‘pulling charges out of air’

Political observers and human rights groups say the Razak regime has resorted to a crackdown against anti-government voices.

Local newspapers and television stations rarely carry sceptical coverage of the government, while an Al-Jazeera television reporter was deported from Malaysia last year.

“They’ve resorted to sheer intimidation and threats,” Clare Rewcastle Brown, whose online Sarawak Report based out of London has led coverage of the corruption controversies surrounding Mr Razak, said.

“They’re pulling charges out of the air to throw at people, and shoving people in jail.”

In July 2015, draft charges against Mr Razak were leaked to Ms Rewcastle Brown which alleged he did “corruptly receive a bribe in the sum of RM27 million”, the equivalent of $9.5 million.

Four Corners had independently corroborated the authenticity of this document. The program has also established that in its final iteration, the charge adopted for action by the former attorney-general was changed to criminal misappropriation.

Malaysia’s former legal affairs minister, Zaid Ibrahim, told the program Mr Razak had many questions he had yet to answer.

“You sack your deputy prime minister who just wanted to know what happened, you sack the attorney-general who I believe was putting a charge against you … well, this is unprecedented,” he said.

“I don’t think we will ever have, we will ever witness this kind of massive dismantling of the institutions of government to cover up crime.”

Mr Razak’s office did not respond to questions from the ABC.