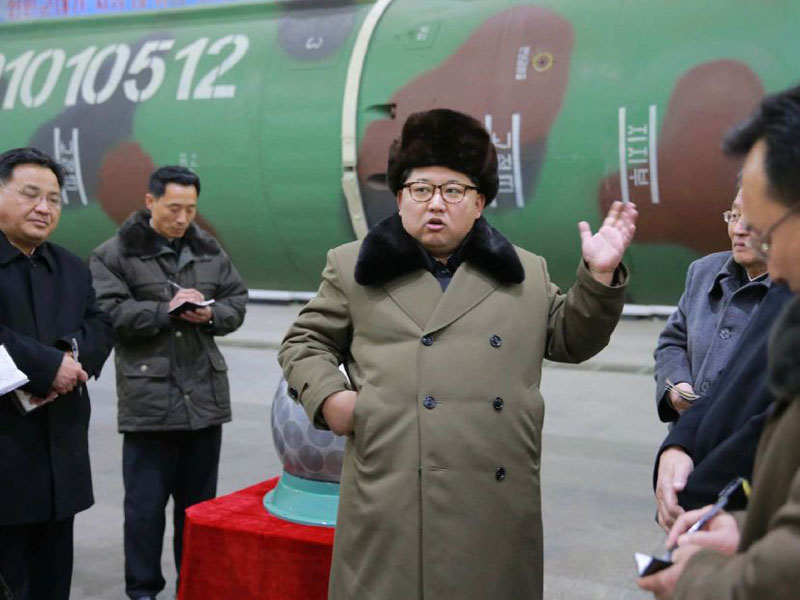 North Korea has a large stockpile of short-range missiles and is developing long-range and intercontinental missiles.

Reports of the missiles being fired coincided with already heightened tension on the Korean peninsula after the North conducted its fourth nuclear test in January and launched a long-range rocket last month, leading to new UN Security Council and bilateral US sanctions.

The North fired six rockets into the sea from Wonsan last week using a multiple launch rocket system, supervised by leader Kim Jong-un, who ordered his military to be prepared to launch pre-emptive attacks against enemies.

Mr Kim said on Wednesday his country had miniaturised nuclear warheads to mount on ballistic missiles and ordered improvements in the power and precision of its arsenal in his first direct comment about nuclear warhead miniaturisation.

US State Department spokesman John Kirby declined to comment on Mr Kim’s claim to have miniaturised nuclear warheads and accused him of “provocative rhetoric”.

“I’d say the young man needs to pay more attention to the North Korean people and taking care of them than in pursuing these sorts of reckless capabilities,” Mr Kirby said.

The Pentagon said this week it had not seen North Korea demonstrate a capability to miniaturise a nuclear warhead.

But Captain Jeff Davis, a Pentagon spokesman, said the department was working on US ballistic missile defences to be prepared.

North Korea conducted its fourth nuclear test on January 6 but its claim to have set off a miniaturised hydrogen bomb has been disputed by the US and South Korean governments and many experts.

US and South Korean troops began large-scale military drills this week, which the North called “nuclear war moves” and threatened to respond with an all-out offensive.