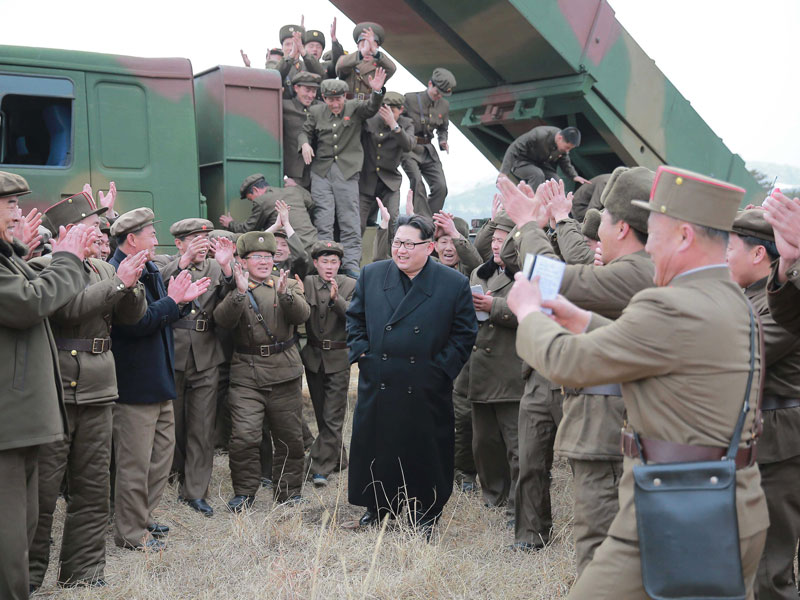 North Korea has pledged to make a “preemptive nuclear strike of justice” if joint United States-South Korea military exercises go ahead on Monday.

A statement published on the state-run Korean Central News Agency said the strike would be an “indiscriminate” show of power.

“As the joint military exercises to be staged by the enemies are regarded as the most undisguised nuclear war drills aimed to infringe upon the sovereignty of the DPRK, its military counteraction will be more preemptive and offensive nuclear strike to cope with them,” the statement read.

The sanctions were a consequence of recent nuclear tests launched by leader Kim Jong-Un – the north’s fourth nuclear test for January.

Pyongyang had issued dire warnings of nuclear attack in the past, usually during periods of elevated military tensions on the Korean peninsula.

While North Korea was known to have a small stockpile of nuclear warheads, experts were divided about its ability to mount them on a working missile delivery system.